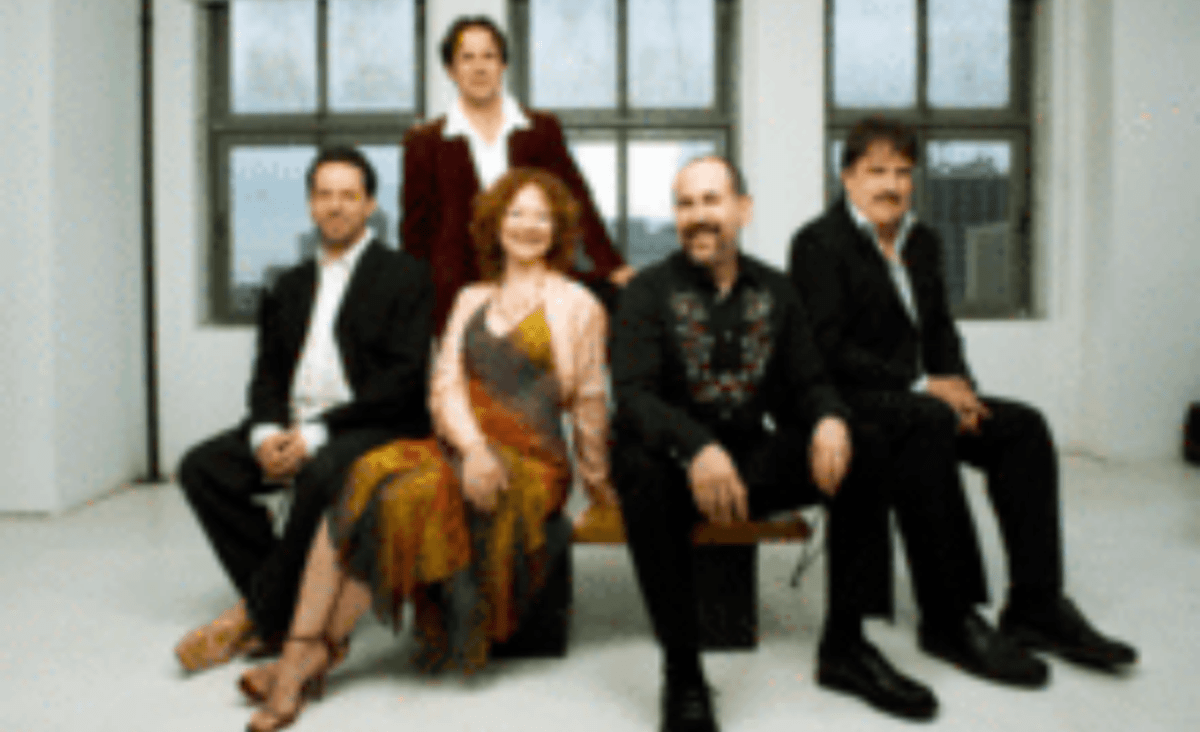 The Klezmatics–the internationally acclaimed, Grammy Award-winning modern klezmer outfit–was founded in New York City in 1986 and has been performing around the world since then. Blending instrumental and vocal virtuosity and experimentation with theatricality firmly rooted in klezmer and Yiddish tradition, the Klezmatics brought the revival of klezmer into the rock era, blazing the path for the klezmer renaissance with one foot in the shtetl and the other in the downtown avant-garde. The Klezmatics are Lorin Sklamberg (vocals, piano, and guitar), Frank London (trumpet and keyboards), Matt Darriau (clarinet, saxophone, and recorders), Lisa Gutkin (violin), Paul Morrisett (bass and tsimbl), and Richie Barshay (drums). The Bernard and Reva Broder Memorial Concert Yidstock: 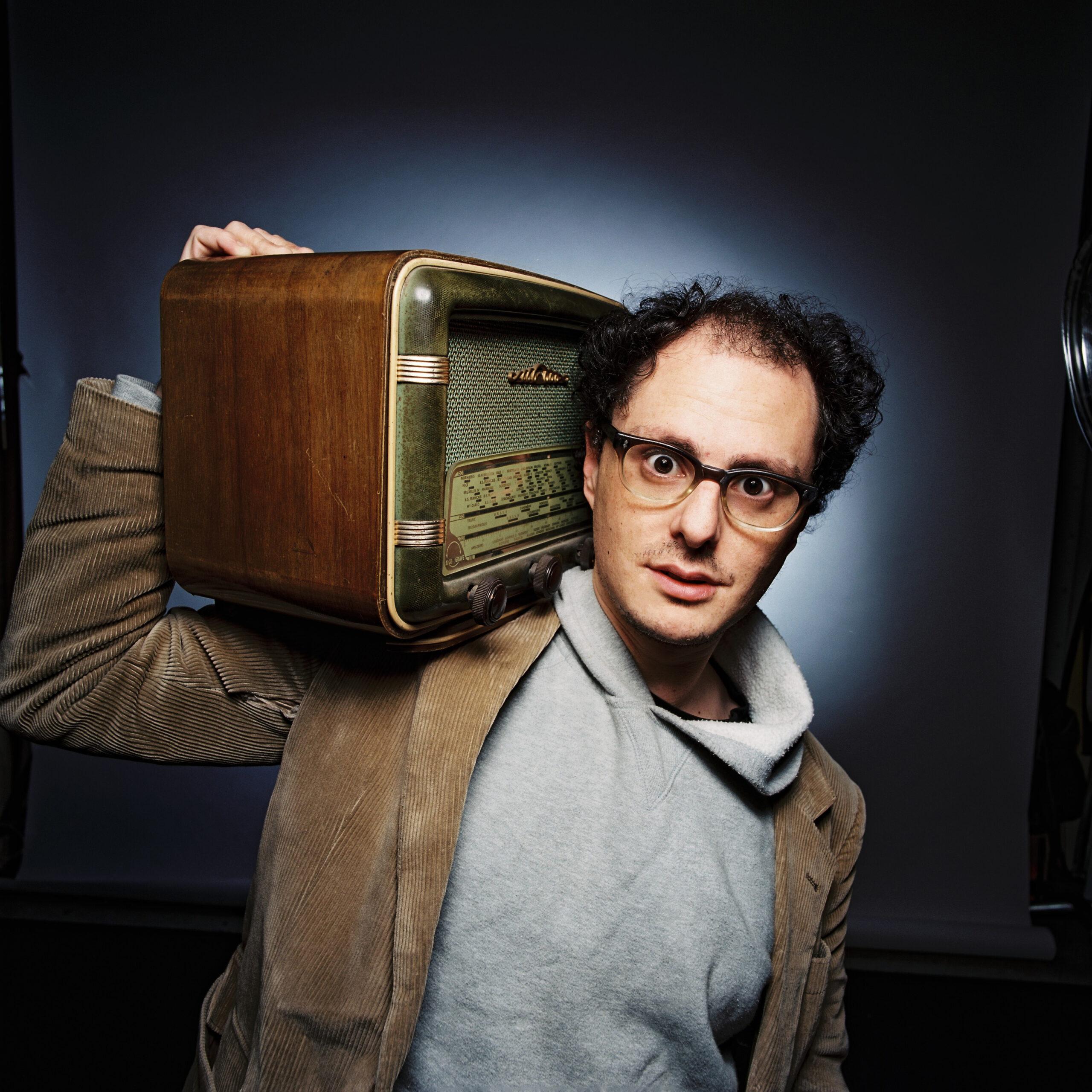 Socalled aka Josh Dolgin is an artist based in Montreal, Quebec, who has been performing and creating internationally for over 20 years. As a music producer, performer and composer, Josh is the de facto godfather of Klezmer Hip Hop, wherein he uses new technologies and contemporary production styles to rework and reexamine Yiddish music in the 21st century. Josh writes and presents musicals, studies the music of Kurt Weill, produces, sings, plays, and arranges in a myriad of ensembles, including an Austrian Big Band, his own pop ensemble, and Di Frosh, a project with a string quartet (presented at Yidstock in 2018). Josh will 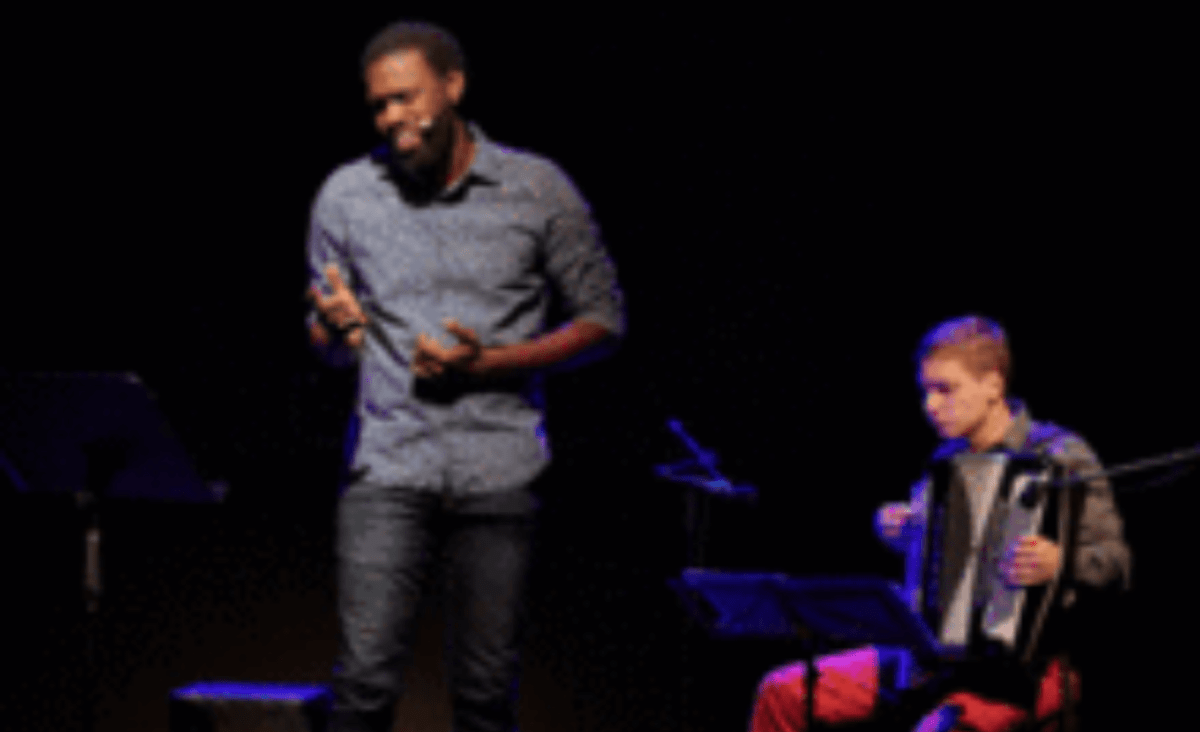 For the past five years, vocalist Anthony Mordechai Tzvi Russell and accordionist Dmitri Gaskin have been entertaining audiences internationally as the duo Tsvey Brider (Two Brothers in Yiddish), performing their original and stylistically diverse settings of 20th-century Yiddish modernist poetry. Their collection of songs, now reimagined through Gaskin’s arrangements for string ensemble, bring a whole new world of sound, texture, and color to the work of Tsvey Brider. Joining them will be Matthew Stein (fiddle) and Misha Khalikulov (cello) of the San Francisco Bay Area klezmer trio, Baymele. Joan A. Backman Memorial Concert Yidstock: The Festival of New Yiddish Music is back, in-person, bringing the best in klezmer and new Yiddish music 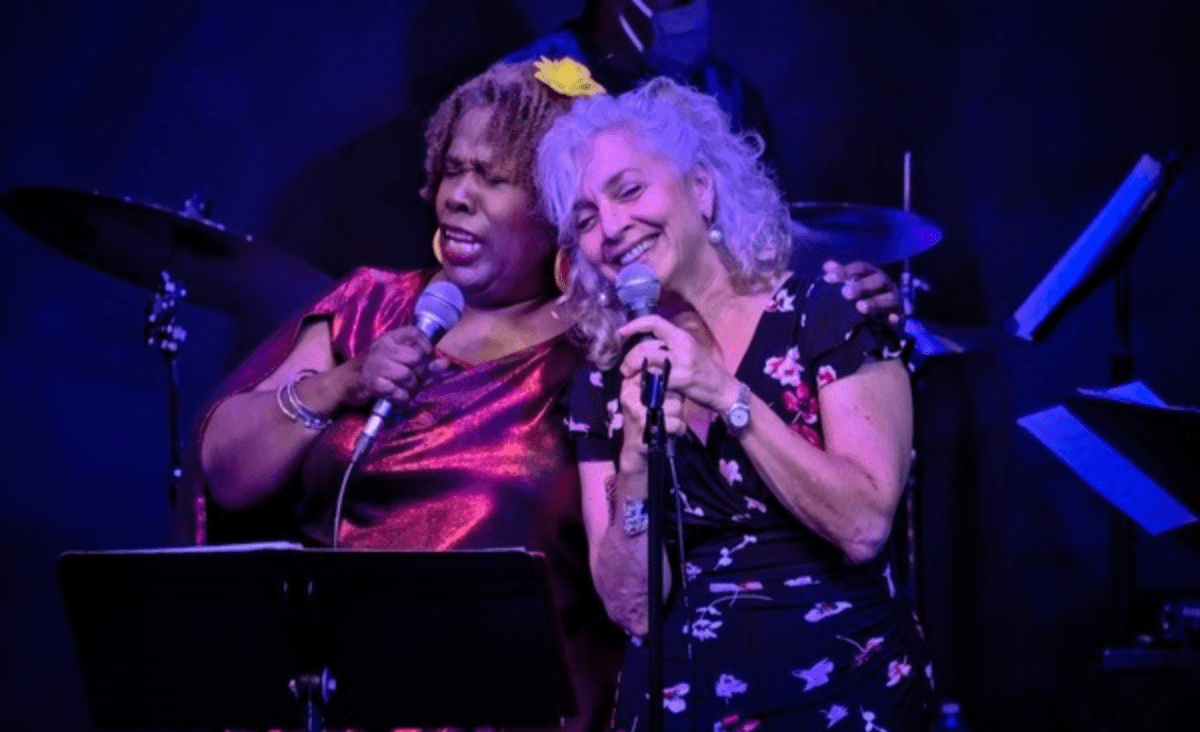 Paul Shapiro’s Ribs & Brisket Revue celebrates the unique era when Jewish music was merging into the American mainstream. Blending jazz, Yiddish swing, R&B, klezmer, and humor, this joyous ensemble swings hard and is endlessly entertaining. Featuring vocalists Cilla Owens and Eleanor Reissa, this program features the 1950s repertoire that underscores The Marvelous Mrs. Maisel, particularly the music of the Barry Sisters. The band features Jerry Koran on piano, Dave Hofstra on bass, and Tony Lewis on drums. Inaugural Lorraine Libby Buch Memorial Concert   Yidstock: The Festival of New Yiddish Music is back, in-person, bringing the best in klezmer and new Yiddish music to the stage at the Yiddish Book 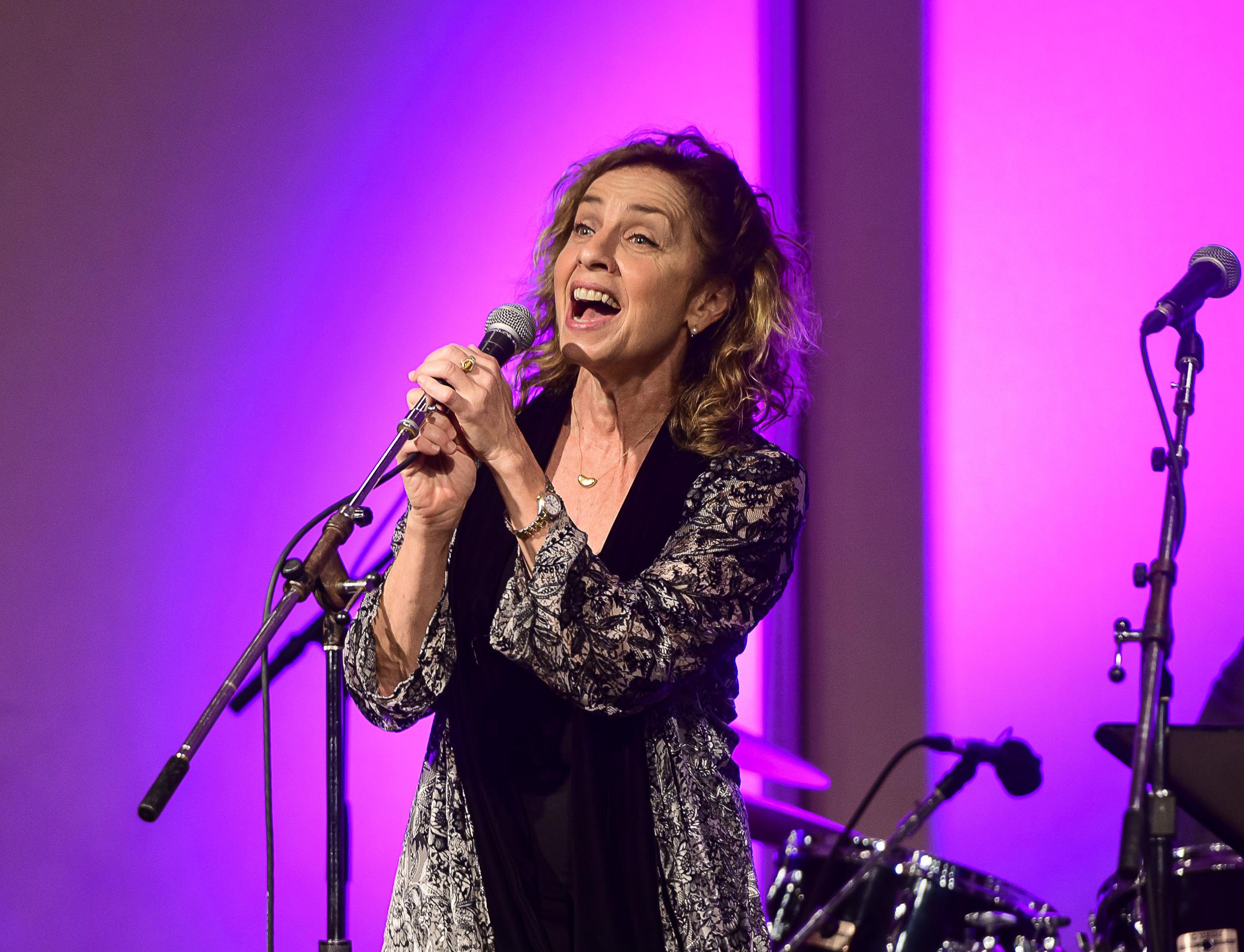 Eleanor Reissa is a Brooklyn-born native Yiddish speaker whose work on both English and Yiddish stages as a director, actor, writer, and singer has earned her a Tony Award nomination. A longtime favorite and friend of Yidstock audiences, Eleanor debuts a new ensemble – led by her frequent collaborator, trumpeter Frank London of the Klezmatics – to share her unique takes on Yiddish song, as she continues to reinvent the art of storytelling through Yiddish cabaret.   Yidstock: The Festival of New Yiddish Music is back, in-person, bringing the best in klezmer and new Yiddish music to the stage at the Yiddish Book 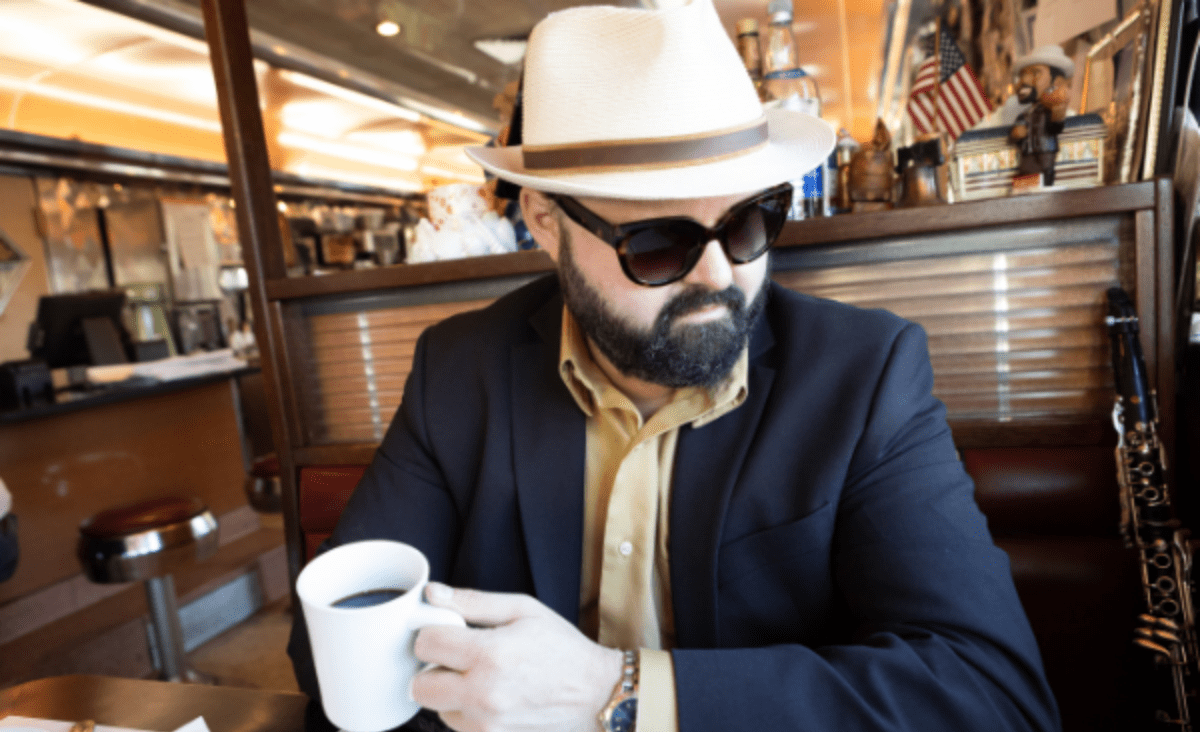 Join clarinetist Michael Winograd and The Honorable Mentshn in celebration of their latest album, Early Bird Special. Packed with the energy, passion and drive that listeners have come to expect from the Honorable Mentshn, Early Bird Special delivers the schmaltz-drenched, hard-hitting klezmer that your soul craves and that gets you up and dancing. In addition to clarinetist/bandleader Michael Winograd, the Honorable Mentshn are Daniel Blacksberg (trombone), Will Holshouser (accordion), Carmen Staaf (piano), Zoe Guigueno (bass), and David Licht (drums). Concert in Memory of Ruth Schwartz Yidstock: The Festival of New Yiddish Music is back, in-person, bringing the best in klezmer and new Yiddish music to the stage at the Yiddish Book Center in Amherst, Massachusetts. Don’t miss 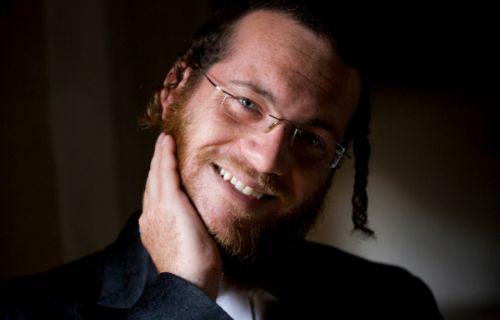 Yaakov Yanky Lemmer was born and raised in the Borough Park section of Brooklyn, where many of the great cantors of the Golden Age used to sing. His earliest performances took place in the Beth El synagogue. With an ensemble led by Frank London of the Klezmatics, Yaakov brings fresh interpretations to traditional liturgical prayers and Hasidic nigunim, as well as to some more obscure Yiddish songs. This will be Yaakov’s Yidstock debut. Helen and Irving Sunshine Memorial Concert Yidstock: The Festival of New Yiddish Music is back, in-person, bringing the best in klezmer and new Yiddish music to the stage