Young at Heart: Roger the jester 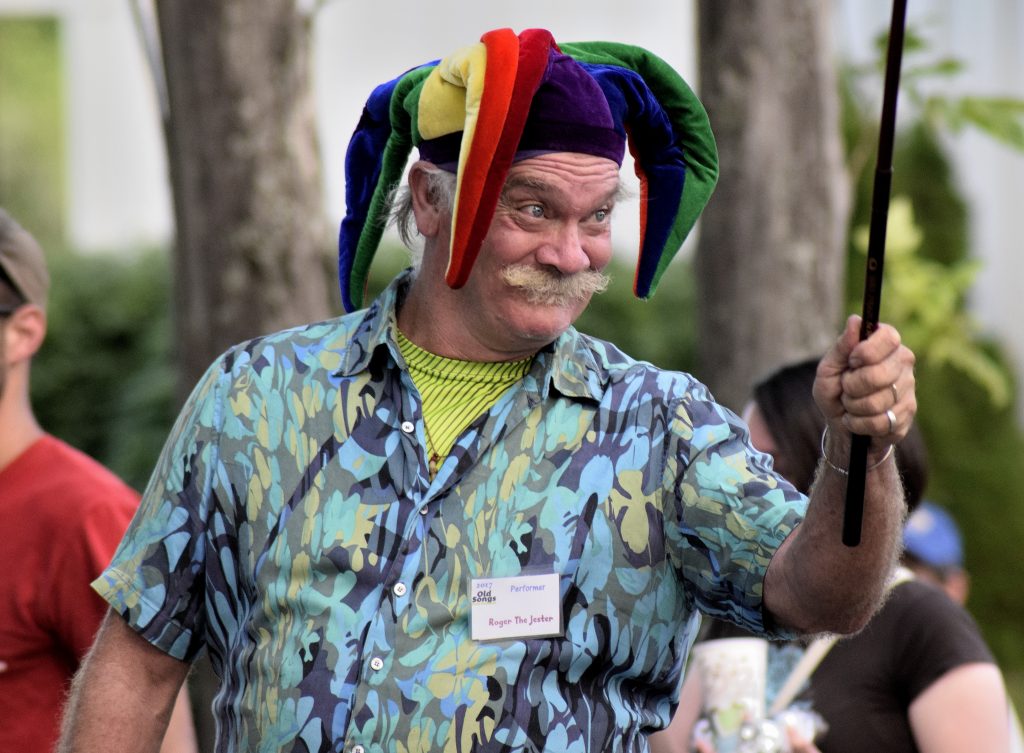 Dewey Hall’s “Young at Heart” series is family friendly and welcomes all ages. The series will feature different art forms each week in an engaging light-hearted way. This week’s “Young at Heart” will take place outside at Dewey Hall, so bring your own chair or blanket to sit on!

About Roger:
For 43 years, Roger Reed has performed as Roger the Jester.
His work is constantly changing, every venue will elicit new material.
Every performance is a debut, since his work is so improvisational, not in the current “give me a word, I’ll fit it into a pre-rehearsed format,” but true in the moment magical events. He often hears, “Did he plan that with that person? They must have rehearsed it!”
There are many events where he creates something special just for that

event. Every year a friend has a holiday concert in his home where there is a plethora of beautiful classical music. Roger shows up and plays the tuba, a turkey baster, a saw, three recorders at once, you get the idea.
This is why he is now branding himself as a performance artist. It better describes what he does.
He will continue to juggle, spin, throw and play with all sorts of objects!