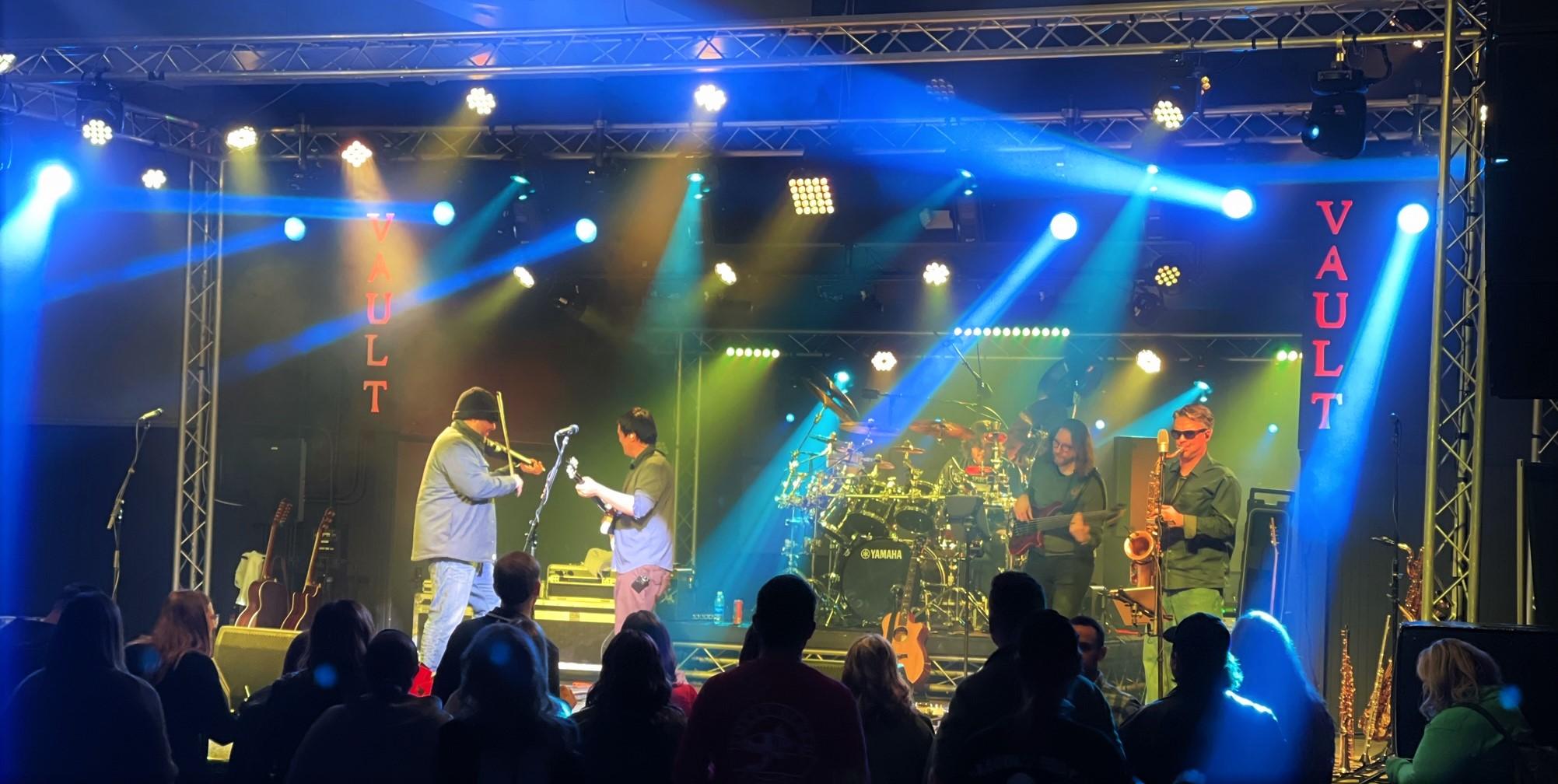 Beyond mastering the DMB sound and the relentless touring, what separates The Dave Matthews Tribute Band from other cover bands is their passion, love, and respect for DMB and their music. That is what makes you come out of one of their shows saying, “Yeah, they really do sound like the real Dave Matthews Band.”

For nearly 20 years, the Dave Matthews Tribute Band has been performing sold out shows around the world; playing over 1,500 dates in 46 states and 8 countries. Many go to their live shows with reservations, high expectations, and the burning question, “Do these guys sound like the real Dave Matthews Band?” Almost always the answer is, “Yes!”

“The Dave Matthews Tribute Band turned out to exceed its billing as a quality improvisational band that uses Dave Matthews material as themes to improvise. Clearly, this distinguishes them from the other so-called tribute bands. The band is exceptionally tight and produces a solid groove over which the players improvise with hot chops.” – As Rick Grant of Entertaining U, Jacksonville, FL
This concert is the first of 4 concerts produced by Summer Stage at Ski Butternut for the 2022 summer season at Ski Butternut. A family friendly event, attendees are invited to bring their own chairs and blankets. No outside food or beverages allowed on sight. The concert will happen rain or shine.
Upcoming concerts for Summer Stage at Ski Butternut:
July 16: Dean Ford and the Beautiful Ones; A Tribute to Prince
August 27: The Machine: Dark Side of the Moon and Greatest Hits
September 17: The Breakers: A Tribute to Tom Petty