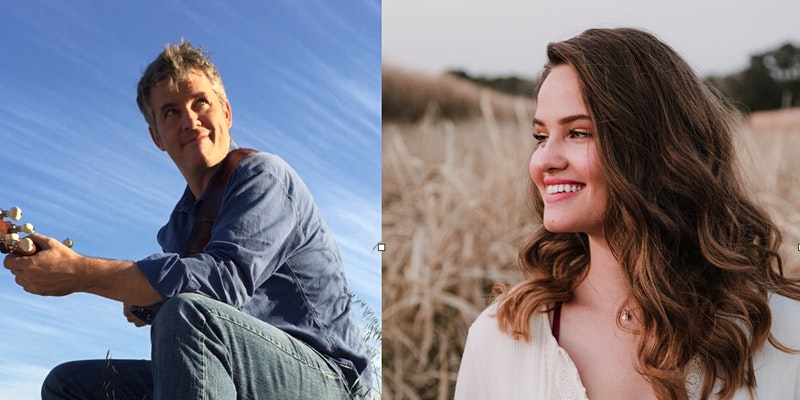 Please bring a chair or blanket for outdoor seating. In the event of rain, the concert will move inside with distanced seating. Masks may be required inside. For the most up to date event protocols, please visit www.deweyhall.org.

Tickets: $25 in advance,$30 the week before. Additional donations welcomed. Enjoy 10% off pizza at Roberto’s Pizza the day of the concert (show your ticket). Picnicking welcome.

Rainy Eyes was originally scheduled for this concert, but will be replaced by Dirk Powell’s daugher (Dewey Balfa’s granddaughter); an up and coming roots musician in her own right, Amelia Powell.

Dirk Powell is known for his work on the soundtrack for “Cold Mountain” , a featured singer on one cut and playing the banjo on six tracks. In addition to acclaimed releases on Rounder Records, he’s recorded and performed with artists such as Loretta Lynn (playing several instruments on her Grammy-winning release Van Lear Rose), Sting, Jack White, Levon Helm, Jewel, T-Bone Burnett, Ralph Stanley, and Linda Ronstadt. His ability to unite the essence of his culture with modern sensibilities has led to work with many of today’s greatest film directors, including Anthony Minghella, Spike Lee, Ang Lee, Victor Nuñez, Steve James, and Edward Burns. His live performances of powerful Appalachian music with The Dirk Powell Band have inspired audiences across the globe in a wide variety of venues, including such prestigious settings as the Eastman School of Music and Interlochen Academy. Dirk also selected and arranged traditional Appalachian material for Riverdance: The Show, in which he also performed on fiddle.

Amelia Powell is a guitarist and singer with deep Louisiana roots, a lifelong familial love of old-time Appalachian music, and a commitment to original, expressive songs. She performs regularly with her father, Dirk Powell, and grew up immersed in the traditional Cajun music of her grandfather Dewey Balfa. She has toured internationally and shared the stage frequently with artists such as Joan Baez and Rhiannon Giddens. She’s appeared on the nationally syndicated radio show ETown, performed on TV in the US, Ireland, and Scotland, and been featured in films such as “Behold the Earth.” She makes her home in Louisiana where she performs on a regular basis with groups such as Les Amis du Teche.