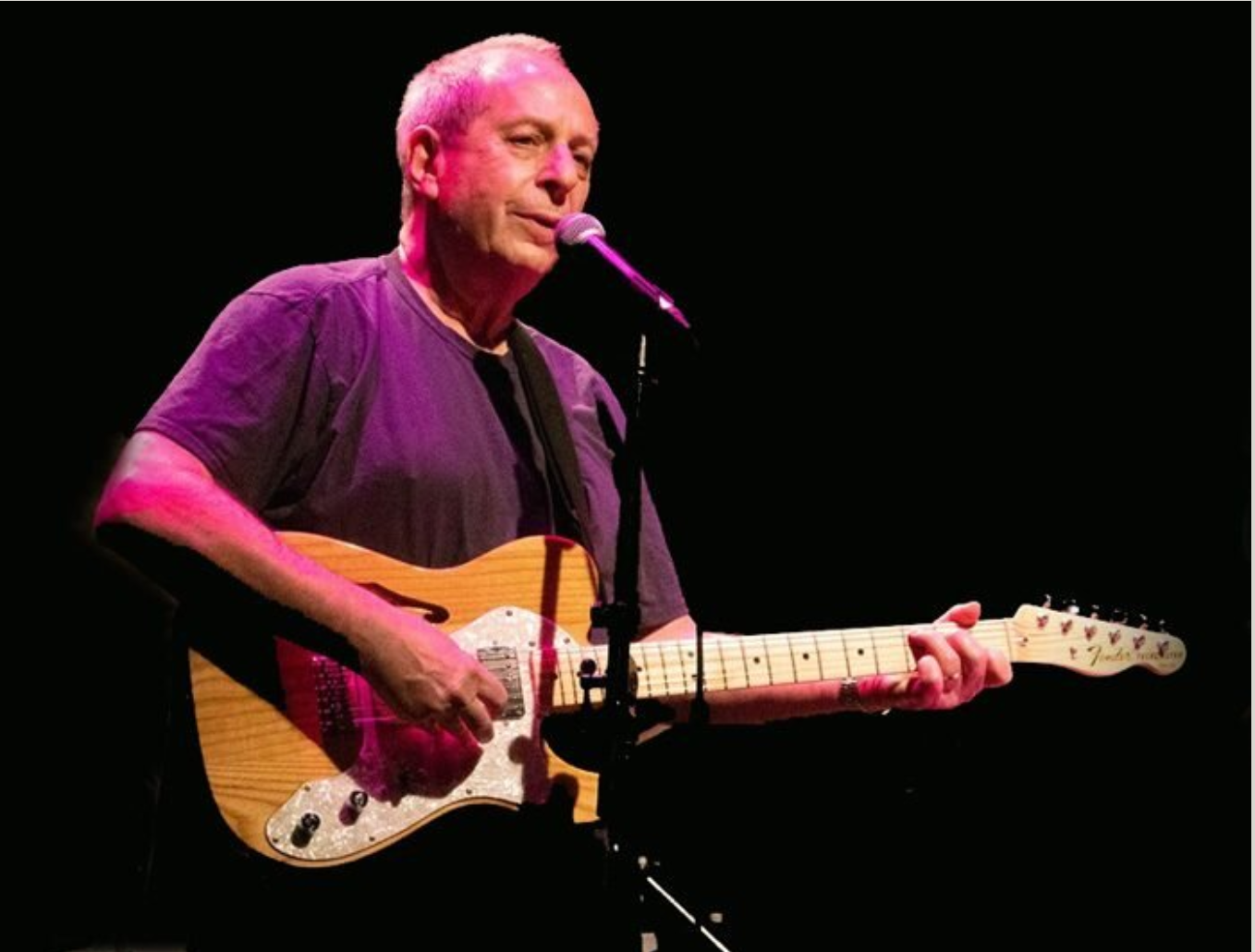 SHEFFIELD, January 19, 2020—Steve Katz, a guitarist, singer-songwriter, and producer best known for his work as a member of the renowned, Grammy Award-winning band, Blood, Sweat & Tears, will perform in a livestream on the Facebook page of Dewey Hall on Feb. 13 at 7 p.m.

Katz’s performance is part of Dewey Hall’s ongoing Keep the Lights On fundraising campaign. Part of the donations made during the concert will help keep the Hall operating during the COVID-19 pandemic.

Like many other local venues, Dewey Hall has experienced financial difficulties since mass gatherings were canceled in Massachusetts last year. While outdoor events were held in the Hall’s back yard during the warm months, and will be held again in the spring, no concerts can be presented in Dewey Hall until the pandemic ebbs.

Meanwhile, the Keep the Lights On campaign has succeeded in raising $21,000 toward the goal of $30,000 required to cover the Hall’s expenses for the next year.

Katz started his professional career in the 1960s as a member of the Blues Project, which included famed keyboardist Al Kooper and recorded three albums. Blood, Sweat & Tears, Katz’s next band, had worldwide success with its second album, featuring lead singer David Clayton-Thomas. During its six-year run, the band won three Grammys and many other awards. Later, Katz produced albums for Lou Reed, became an executive at Mercury Records, and was managing director of Green Linnet Records, the premier Irish music label in the U.S. He recently released his first solo album, “The Juggle.”

More information about Katz is available at https://stevekatzmusic.wordpress.com/about/.

Dewey Hall has been a focal point of the southern Berkshires since 1887. The handsome stone building on Sheffield’s Village Green offers a space of unparalleled beauty, grace, and acoustic resonance for many kinds of activities, ranging from concerts, lectures, and plays to dances, weddings, and parties.

Dewey Hall is located at 91 Main St., Sheffield, on the west side of Route 7 in the town center. More information on the Hall is available at www.deweyhall.com.