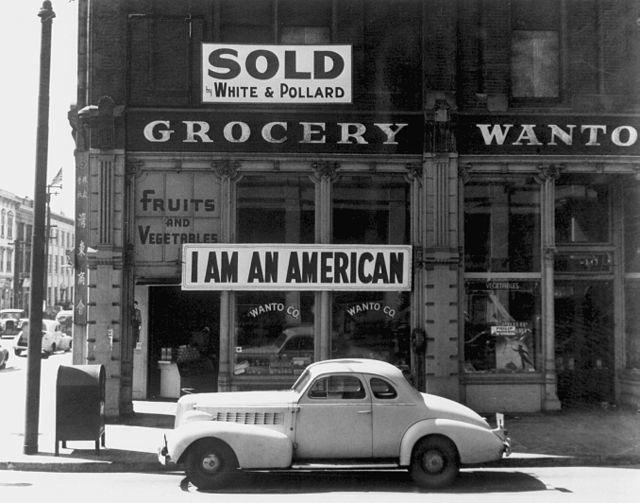 Three months after Pearl Harbor was bombed and the U.S. entered WWII, the nation began incarcerating 120,000 Americans of Japanese descent, some of whom were not released until early 1946. This was justified on the basis of national security, but in 1988 President Ronald Reagan apologized on behalf of the nation and George H.W. Bush issued reparations checks of $20,000 to all survivors.

During World War Two Japanese Americans seeking to demonstrate patriotism served in the military, earning numerous combat honors; others went to prison protesting the draft when their families were still behind barbed wire. The Supreme Court upheld these convictions but the cases were vacated in 1983. This episode in American history is one example of our nation’s ongoing and complex history of reconciling national security needs with commitment to the rights of individuals and groups.

Professor Franklin Odo is a Japanese American historian, activist, and teacher. He received his B.A. in History from Princeton University, his M.A. in East Asia Regional Studies from Harvard, and his Ph.D. with a dissertation on Japanese feudalism from Princeton.  He was an early leader of Asian American Studies and other Ethnic Studies in the late 1960s. He has taught at numerous institutions including Occidental College, UCLA, Cal State Long Beach, University of Pennsylvania, University of Maryland College Park, Hunter College, Princeton University, and Columbia University. Odo was director of Ethnic Studies at the University of Hawai’i, and from 1989-1991, he served as President of the Association for Asian American Studies. He has published extensively. In 1997, Odo became the founding Director of the Smithsonian Asian Pacific American Program, where he brought and created numerous exhibits featuring Asian Americans. He is currently the Simpson Lecturer at Amherst College.

Admission is $10 for OLLI at BCC, Massachusetts Village and Berkshire Museum members, and $15 for the general public.  Admission is free for Berkshire Community College students, youth 17 and under, and those holding WIC, EBT/SNAP, or ConnectorCare cards.

Pre-registration is required. Click here to register safely and securely online or call 413.236.2190 (M-F 9am-4pm) to register by phone with a credit card.