Two shows (one hour in length) see all 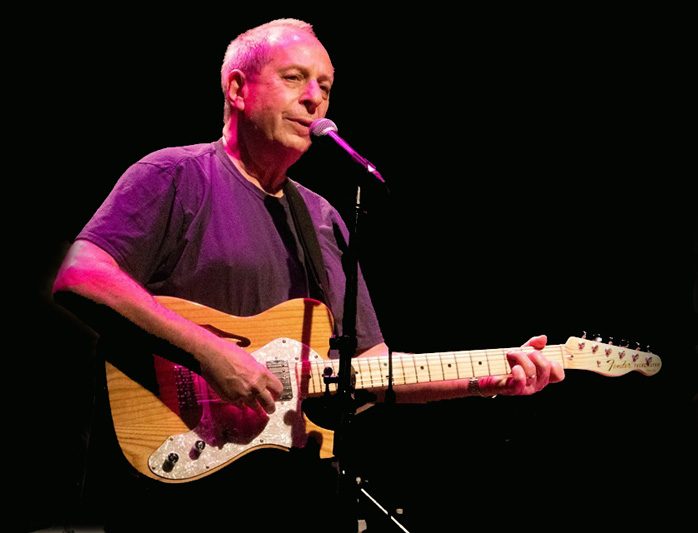 Two shows (one hour in length)

Space Opens 15 minutes prior to the show

“Steve Katz is a guitarist, singer-songwriter, and producer best known for his work as a member of the Grammy Award-winning band, Blood, Sweat & Tears. Steve Katz’ style, both on his own and with the band, has always been one filled with true, original musicianship and moments of creative experimentation. With a blues influenced jazz-rock sound, a lively stage presence, and a career-spanning catalog, his live show makes a rural, intimate venue feel as though it was as large and immersive as Madison Square Garden.”

Guitarist, singer/songwriter and producer Steve Katz started his professional career in the 1960s as a member of the Blues Project, which included famed keyboardist Al Kooper and recorded three albums. Blood, Sweat &amp; Tears, Katz’s next band, had worldwide success with its second album, featuring lead singer David Clayton-Thomas. During its six-year run, the band won three Grammys and many other awards. Later, Katz produced albums for Lou Reed, became an executive at Mercury Records, and was managing director of Green Linnet Records, the premier Irish music label in the U.S. He recently released his first solo album, “The Juggle.”

To read more about Steve Katz and hear his music, visit his website, https://stevekatzmusic.wordpress.com/about/

1) Party size limit of 4. Each party will have a 5 ft diameter circle to sit in. Each circle’s edge is 6ft away from the next.

2) Masks optional outside, masks required inside.

3) Bring your own blanket or chair to sit on.

4) Please purchase your tickets online ahead of time if possible. Space is limited!

5) In the event of rain the concert will move inside, masks required and distanced seating.