A Virtual Launch Event for City of the Uncommon Thief 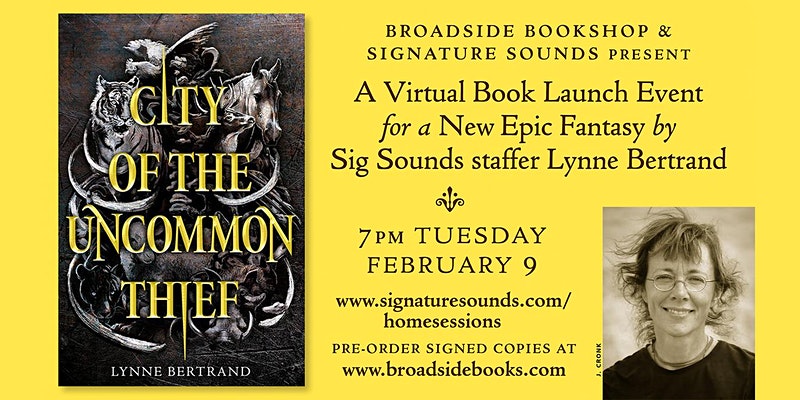 Please join Broadside Bookshop and Signature Sounds for a virtual book event with author and Sig Sounds staffer Lynne Bertrand to celebrate the release of her new novel, CITY OF THE UNCOMMON THIEF. Lynne will be joined by Andrew Karre, Executive Editor of Dutton Books. The event will take place LIVE on February 9 at 7PM.

This FREE EVENT will feature a book giveaway, a reading and an audience Q&A. **Registering enters you in the book giveaway.**

Praise for CITY OF THE UNCOMMON THIEF:

“A macabre marvel of a tale…an immersive reading experience that will linger.” – Kirkus, STARRED REVIEW

“Bertrand is wildly ambitious, and she’s masterful in her success…worth every word.” – BCCB, STARRED REVIEW 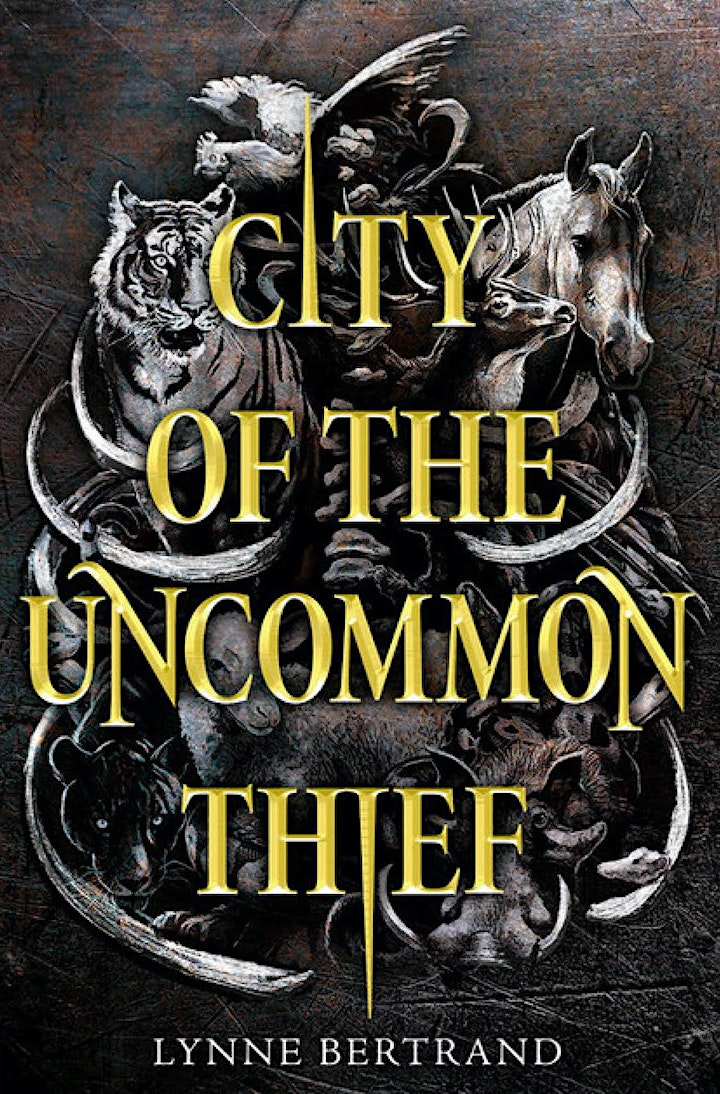 “Guilders work. Foundlings scrub the bogs. Needles bind. Swords tear. And men leave. There is nothing uncommon in this city. I hope Errol Thebes is dead. We both know he is safer that way.”

In a walled city of a mile-high iron guild towers, many things are common knowledge: No book in any of the city’s libraries reveals its place on a calendar or a map. No living beasts can be found within the city’s walls. And no good comes to the guilder or foundling who trespasses too far from their labors. Even on the tower rooftops, where Errol Thebes and the rest of the city’s teenagers pass a few short years under an open sky, no one truly believes anything uncommon is possible within the city walls. But one guildmaster has broken tradition to protect her child, and now the whole city faces an uncommon threat: a pair of black iron spikes that has the power of both sword and needle on the rib cages of men has gone missing, but the mayhem they cause rises everywhere. If the spikes are not found, no wall will be high enough to protect the city—or the world beyond it.

And Errol Thebes? He’s not dead and he’s certainly not safe.

Lynne Bertrand is the author of several books for very young readers. This is her first book for young adult readers. She works for the label and live-music presenter Signature Sounds in Northampton, Massachusetts. She also works in artist management. Please consider donating to Lynne’s charity of choice, the national rescue organization Best Friends Animal Society, here: https://bestfriends.org/donate.