In the first of a couplet of articles, we venture forth into a piece exploring how the nature of fashion got to where it is today.

What says hipster more - the facial hair or the ironic presence of sugary cereal?; photo by Luke Jones, via Unsplash.

‘Two Hipsters walk into a bar. The first one did it before it was cool, and the second did it ironically’.

At some point in our lives, we have heard generations mock hipsters to hell and back. Fashion becomes fad; existence becomes increasingly self-referential and ironic. But in this era of shortening fashion cycles, we may be closer to revisiting and updating it more than ever before. Prior to understanding how the 2010s will inevitably repeat themselves, we first need to look into the nostalgic Millennials who paved the way for Gen Z’s self-conscious, individualistic attitudes towards personal style.

When trend forecaster Mandy Lee predicted that ‘indie sleaze’ – the 2000s indie fashions that 2010s hipsters used as their springboard; think plaid shirts, red lips, and Alexa Chung’s eyeliner – would return to the fashion scene, I thought only one thing. ‘Not again’.

To what extent are we shortening the trend cycle? When will the time come when we run out of nostalgic aesthetics to fit into our timeline of microtrends? I admit I was hesitant about the return of the twee bow-ties, tulle skirts, and overall indie flavour of the late 2000s and early 2010s. But, reflecting on the internet’s obsession with recreating styles from bygone eras, I then had space to consider why Generation Z longs for this manic-pixie-dream pervading their TikTok ‘For You’ page.

In my reflective Medium piece, ‘The Changing Mode of Subcultures: How Generation Z Cope’. I convey how the coronavirus pandemic has incentivised young people to create their own fantasy worlds through curating a personal aesthetic. On platforms such as TikTok, communities would form based on their (often lockdown-friendly) leisure activities, be this crochet, makeup, art, or baking. But one hobby infamous for its flakiness and industry-ills has to be fashion.

This series of articles intends to look a little deeper into this longing – desire, even – for an individual identity based on aesthetic appearances. If the pandemic is responsible for creating the perfect climate for trends such as Cottagecore and Dark Academia to culminate on TikTok, Pinterest, and Instagram, then what in our society spurred the seed of our incentive, and what are its after-effects?

In a recent Twitter poll, I asked whether this aestheticisation of one’s identity was down to an individualist culture or something else. Roughly 8/10 people agreed with its association with cultural individualism (as this phenomenon is primarily found in Western societies). Other answers included ‘the commodification of bodies and identities’ and an obsession with ‘finding a coherent identity’ to fit into groups. One response even suggested ‘an individualised art world prioritising the artists’ experiences, absent of aesthetic value’, where newer generations see an aesthetic uncoupled from art’s greater meaning, and therefore kids dress for how it looks on the body and not what the style might stand for in a larger context.

The latter might explain why phenomena such as culturally appropriative styles, watered-down subcultures, and saturated trends appear and disappear so quickly in the fast-fashion world. The people with more in-depth answers other than ‘cultural individualism’ did, however, see where I came from with my hypothesis. If we define individualism as an entry in the OED puts it, as ‘Individual or distinctive character; individuality’, we can see that in modern society, there lies a desire for originality, to set apart the self from everyone else. Recalling the neo-rightist movements of the 1980s that negated the need for ‘society’ and collectivism, we can maybe tie this into the more popular definition from the OED; ‘The habit of being independent and self-reliant’.

The millennials are often titled the ‘Me’ generation, as people brought up in this culture of independence and defining the self on one’s own terms. On one hand, this has led to greater freedom in how one might identify. Labels for one’s sexuality, gender, or ideology empowered numerous marginalised social groups, and people were able to form spaces where they felt safe to express themselves. Aside from identity politics, however, this attitude also invaded the fashion world, leading to the millennial subculture-aesthetics of neo-grunge and boho-chic, both revamped styles from former decades, repackaged into a cool Instagrammable or Tumblresque image.

But, we can’t talk about millennial subcultures without talking about the hipster.

In her book Style Tribes: The Fashion of Subcultures, Caroline Young introduces the hipster as a ‘Self-referential, ironic way of dressing and being’. They grew from ‘gentrified urban areas’ and were among ‘white, middle-class […] young people who work in the creative industries’. Young states that it is post-9/11 uncertainty that gave way for nostalgia and eco-conscious messaging to enter the fashion world. The ironic waistcoats, moustaches, and fedoras reflected the similarly ironic internet humour of the time – people were almost hyperaware of their aesthetic appearance compared to the people around them. There was this desire to feel unique, and thus the first instance of a ‘melting pot of styles and trends’ was born – the first, at least, in my observable lifetime.

Little did I know that ten-year-old me in 2011 had a lot to experience in my teen years onward: Soft Grunge, Vsco-girls, E-kids, Hypebeasts, and the eventual self-referential nostalgia of the 2020s has only been a continuation of this ironic take on subculture. Generation Z has grown up in a virtual hyperreality, with their online internet identities saturating their day-to-day lives, unlike generations before them.

In parts two and three of this series, I aim to interpret why certain Tumblr aesthetics boomed in the 2010s and how this transitioned into micro-aesthetics and microtrends. I will talk about how this mindset in the fashion world harms the trend cycle through overconsumption, and how it impacts the fashion industry’s effect on the environment and overseas communities. Stay tuned to find out more! 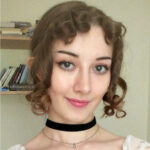 'Zorsha Taylor Suich is an English Lit and Creative Writing graduate with a love for writing, culture, and vintage style. Previously the Fashion Editor for UEA’s official paper Concrete, she currently employs her love for fashion commentary through her column, Leisure and Lapels. In her free time, she is part of the publishing team for Mausoleum Press, a predominantly student-run zine. Her interests include Pinterest, literature, period dramas, classic rock, the 1960s and 1970s, tarot, video essays and Youtube commentary, and the sociology of subcultures.'

War in Ukraine —Contributor to, and symptom of, the climate crisis

As the climate crisis causes famine to rage across the planet, nations will react in predictable