It helps to know where they are first.

Photo by mali maeder; via Pexels.com

Ahhh! Late Summer at the shore! What could be more idyllic? The crowds have thinned out, the days are still long, and New England coastal waters have been warming for months until the temperature is finally perfect for a dip. Just keep aware of who and what might be basking in the surf near you. The warmer waters are also the perfect temperature for white sharks who are always craving grey seal, but will happily nibble on human appetizers.

The question, of course, is how? By the time anyone knows a shark is in the neighborhood, isn’t it a little late?

Fortunately, there’s an app for that.

Atlantic White Shark Conservancy has developed the Sharktivity App, available for iOS and Android, to raise awareness of the presence of white sharks off our coast. Collaborating with the Conservancy was the Massachusetts Division of Marine Fisheries, the Cape Cod National Seashore, and officials from Cape Cod and South Shore towns

The App sightings are fed by researchers, safety officials, and users who upload photos for confirmation. By enabling App users to report shark sightings and upload photos for confirmation, they effectively crowd-source critical data points on where sharks are spotted so as to reduce encounters and promote safety. Data from sharks with acoustic tags and Smart Position and Temperature Tags (SPOT) are also available on the App.

The Conservancy’s goal is to raise awareness and help facilitate the peaceful coexistence between humans and white sharks.

GG — Has public use of the app so far provided data that’s been useful in your org’s mission?

CW — The app was developed to raise awareness about the presence of white sharks off our coast. Public sighting reports provide valuable information as they increase our collective knowledge about activity off the coast of MA and beyond.

GG — What sorts of folks, if you have even anecdotal info, have been most keen on using Sharktivity?

CW — The app has been downloaded nearly 650,000 times. The majority of users are from the New England area.

GG — Is there a chance that being able to visualize the number of sharks that may be near short in something close to real time might create an exaggerated sense of danger in the public mind?

CW — While the risk of having a negative interaction with a white shark is extremely low, it has happened off Cape Cod, and most recently off the coast of Maine. We would rather keep activity and safety tips at the forefront of people’s minds vs. have individuals become complacent.

• Do you worry that Sharktivity might encourage ocean-going “big game hunters” who use the information to try to help locate their quarry?

CW — It’s illegal to catch and kill white sharks so, luckily, that is not a concern.

In addition to checking the app randomly to view white shark sightings and detections, users can also receive push notifications for alerts (red icon)- confirmed sightings close to a public beach. Additionally Sharktivity buffs can report their own shark sightings and upload a pic (if they’re quick enough with their camera to document a rare sighting.

The red icon indicates an alert. Alerts are issued when a white shark sighting is confirmed close to a public beach. A notification goes out with each alert.

The blue shark fin icon indicates a confirmed white shark sighting. These icons may appear on the app in real-time or there may be a delay based on vetting info.

The orange shark fin icon indicates an unconfirmed white shark sighting. This icon is used when a public report has been vetted but evidence is inconclusive.

The yellow icon indicates a receiver that detects white sharks tagged with acoustic tags and transmits the data in real-time. A daily summary of tagged sharks detected can be accessed by clicking on the icon.

The purple icon indicates a real-time detection of a shark tagged with acoustic tag that is less than an hour old. A daily summary of tagged sharks detected can be accessed by clicking on the icon.

The orange icon indicates detections of sharks tagged with acoustic transmitters. This information is not real-time. The data are uploaded to the app at the end of the season, providing a recap of activity at the location of specific receivers, which detect, record, and archive tag transmissions.

The green icon indicates SPOT tagged shark locations. This information is reported in real-time when the shark’s dorsal fin breaks the surface, and the tag transmits to overhead satellites. Note that the precision of the position estimates varies depending on the time at the surface and number of detecting satellites. Error around the estimates can range on the order of 50 ft to 50 miles.

The Shartivity app was also made possible through the sponsorship of Cape Clasp and N. Granese Contractors.

Jason Velázquez has worked in print and digital journalism and publishing for two decades.
Phone: (413) 776-5125

Waiting for your ship to come in?

Why not check its location so you can be ready when it comes into port? 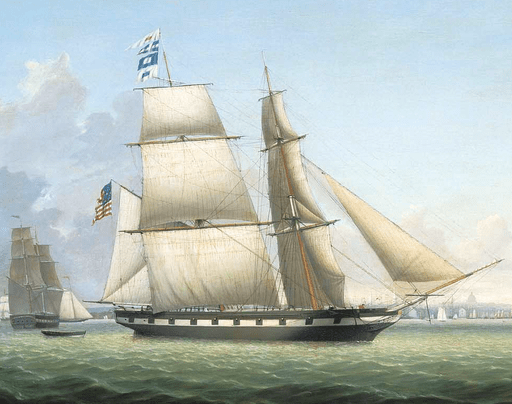 Top Left Corner #171:  Harvey Wasserman, “A Gathering To Save Our Elections & Our Earth”

Ecuador’s Minister of Environment, Water and Ecological Transition calls for “seizing the ecological power to shape

by Lily Bohlke, Commonwealth News Service Environmental and health advocates are calling for a bill to keep toxic