Faceless, Mankind’s Remedy’s 2018 album, is full of existential questions, at times feeling like a wandering journey through the human mind. But simultaneously, the record is a driving force of guitar riffs and screaming vocals. It’s a balance — that of tender, emotional lyrics and rocking instrumentals — that can be hard to get right, but the group does a good job.

The opening and closing tracks present remarkable contrast: “Hey Buddy” features a snappy guitar-centered intro pushed forward by crisp percussive beats. It’s imaginative and features somewhat vague, open ended lyrics that intrigue: “the sun is out but the sky is black and I don’t know if we’re ever coming back” has hints of sorrow and frustration, and paints a picture of the rest of the album, which is full of lyrics about mental torment.

Genre: Indie Rock
Base of Operations: Cow Island, Louisiana
About: “All 3 members of Mankind’s Remedy have been involved with music their entire lives. Their style is their own and has a dash of influence from nearly every walk of life.”
Home Online: website

But by the time the band makes its way to the end of the record with “Won’t You Be Mine Tonight,” they seem to have reached a surprising, out-of-the-blue state of contentment and happiness. The closer is a touching love song with earnest lyrics: “but to me you’re an angel,” the band sings, “and I want you to be mine to handle.” It opens with beautifully acoustic guitar strumming and a mood present nowhere else on the album. With phrases like “so many things I wanted to say,” it’s a song about straightforward human emotions.

Between the two opposing songs are ten other tracks, some with similar themes and others that stand out as different. “Distortion-Head Overdrive,” a melancholy and angry ode to the speaker’s memory, opens with a bizarre set of electronic noises which scream “overdrive,” only to break out into a guitar riff very characteristic of the band. In this track, memory is labeled as “my special gift” and “my best friend,” but the chorus screams a desire to “turn it off.” The track is perhaps the climax of the emotional turmoil that Mankind’s Remedy explores throughout Faceless.

Other notable examples include “Ratt,” which features a not-so-sentimental desire to separate from the speaker’s prior life: “can’t escape the past; tried and tried to run away; just can’t escape.” In “Ratt,” the emotion is a panic about being trapped. In “Worthless,” the emotion is… worthlessness, and it’s displayed rather bluntly in the chorus: “why am I so worthless.” “Worthless” takes the audience to a place of genuine concern — lyrics like “why am I cursed to feel this way, and why am I cursed to feel this pain” are sad. Faceless is truly an emotion dump.

At times, the lyrics feel tired. “Someone tell the voice in my head to shut up, please shut up” on “Rust Brain” feels like a repetition of many other lines on the album — a valid emotional plea, but one that has lost creativity. The “big questions” that Mankind’s Remedy asks, particularly “How do you fight that guilt away, how do you beat it” in “Brother” and “time flies by, where’d it all go?” on “Time Flies By” are a cornerstone to the record but become common enough that they lose creative energy and instead create a detail deficit. But other broad lyrics, like “break me into pieces, hate me, have your vengeance” have a certain passionate power to them.

Musically, the heavy bass line in the “Hysteria” intro feels unmatched to me on Faceless. It’s somewhat unique at that point in the album, and serves as an excellent backdrop to support the rhythmically savvy vocals of the song. I also really loved the mysterious melody of the “Time Flies By” intro.

Faceless explores complex emotions delicately but with confidence. It’s not always uplifting — and is often the opposite — but worth the listen, especially if you can make it to the end and experience the delightful closure that comes with “Won’t You Be Mine Tonight.” 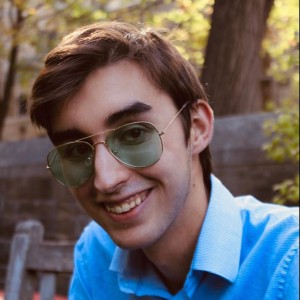 The French Riviera Beckons. You can be there in 15 minutes. Free.