We speak with Josh Rouse about touring, recording, the solo thing, and, of course, The Holiday Sounds of Josh Rouse.

PLUS: Seven other artists you should give a listen to.  * EXPLICIT * (but just a tiny bit…)

Welcome, Indie music fans from Greylock Nation and around the world to Episode #37 of INDIEcent Exposure. I’m your host, the mongrel, and, as always, I’ll be treating you to some of the most brilliant and freshest tracks to be found in the indiesphere.

Editor’s Note: In the audio for this episode, I misidentified Sam Miller’s brand new release as an eponymous album. The album’s correct name is In One Place at a Time. Also note that all artist bios are made available courtesy the artists.

I want to extend a hale and hearty welcome to the thousands of independent music artists who’ve arrived here from ReverbNation.com. We here at the Greylock Glass are thrilled to be offering these artists special consideration for inclusion in upcoming podcast and streaming shows. I’ll be clamping my ears into the headphones and giving a close listen to Fear the Spider from St. Petersburg, Florida; MCJX from Hollis, New York, The Incurables from Westland, Michigan, Darby O. Bell from South Bend, IN; Kassidy Lynne, out of Seattle, Wash., and many, many, many more. I’m already so impressed by what I’m hearing, and I think you will be too in the coming weeks.

ReverbNation believes that. DIY shouldn’t mean you’re all alone.
Build your career with ReverbNation’s easy-to-use services and exclusive industry access. Check out all the awesome opportunities at ReverbNation.com ASAP.

Today, however, we have a real treat of an interview with a veteran of the music scene who has just released an album that’s been a first of it’s kind for him, but which has been in the works for close to a decade. Josh Rouse fought back the fog that comes from international travel and spoke to us by Skype just after he’d returned from Spain where he’d debuted “The Holiday Sounds of Josh Rouse.”

We get a surprising number of holiday music submissions of all genres each year. Most of the tunes are covers, and some are really good. Some are kinda painful to listen to, to be honest. What distinguishes this latest project by Josh Rouse is that he rushed nothing. Each tune has been crafted with artistry and imagination. Josh will be playing the HiLo North Adams, Mass, Sunday, December 15 at 7:00 p.m. If you’re in the area, I really hope you drop by. Right now, let’s go to that conversation with Josh, right here on INDIEcent Exposure.

Turns out, we DO have a copy of The Holiday Sounds of Josh Rouse. So, let’s spin the track Josh recommended, “Easy Man,” off this really distinctive album

What did I tell you, eh? Original and very, very listenable. The whole album is now in rotation in my holiday playlist, and it can be in yours too. As we do with every artist we possibly can, we’ve got a link to Josh Rouse’s website in the Featured in this Episode section. From there, you’ll probably have no trouble grabbing a copy of that and other albums.

Sam Miller is a man of unique talents. A rare musical soul who thrives in our modern day of synthesizers and microchips, but who would be equally content playing Bach fugues in a cathedral filled with orangutans. His musical output is driven by curiosity and exploration, noticeably lacking the self-aggrandizing spirit of so much pop music.
From the mysterious deserts of New Mexico, Miller is at once a songwriter, composer, producer, and multi-instrumentalist.

He is a master storyteller, who walks a tightrope pitched between the beauty of life’s complexities and the abyss of the subconscious. His lyrics grow more dynamic and intriguing with each listen. An elegant love song is simultaneously a riddle that would tickle the ghost of Lewis Carroll. 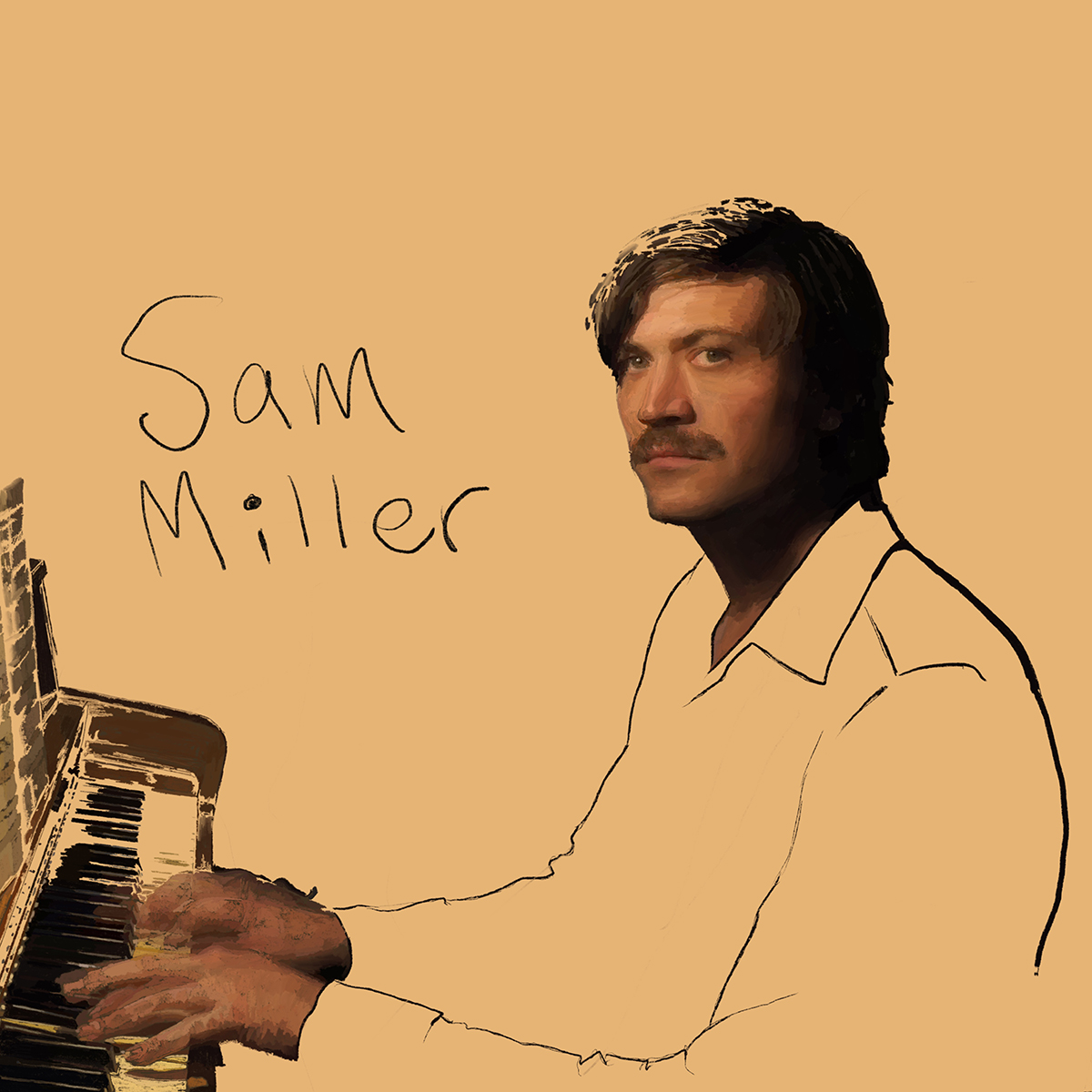 We’ll probably include more holiday tunes in the next couple of weeks, just because it’s so fun to see what other artists are inspired to create this time of year. For the rest of this episode, though, we are going to crank up the intensity one song after another. In this set, we’re going to hear from a couple artists you may have heard on this show before. Independent Music Award-winner Alicia Beale once again proves herself to be one of the most versatile artists out there with her cover of Radiohead’s “Creep.”

Alicia has fronted hundreds of shows where she has captivated crowds all over Music City and North America. From 2008 to 2010, she paid for college with a tip jar, by playing late nights down on lower Broadway in Nashville. 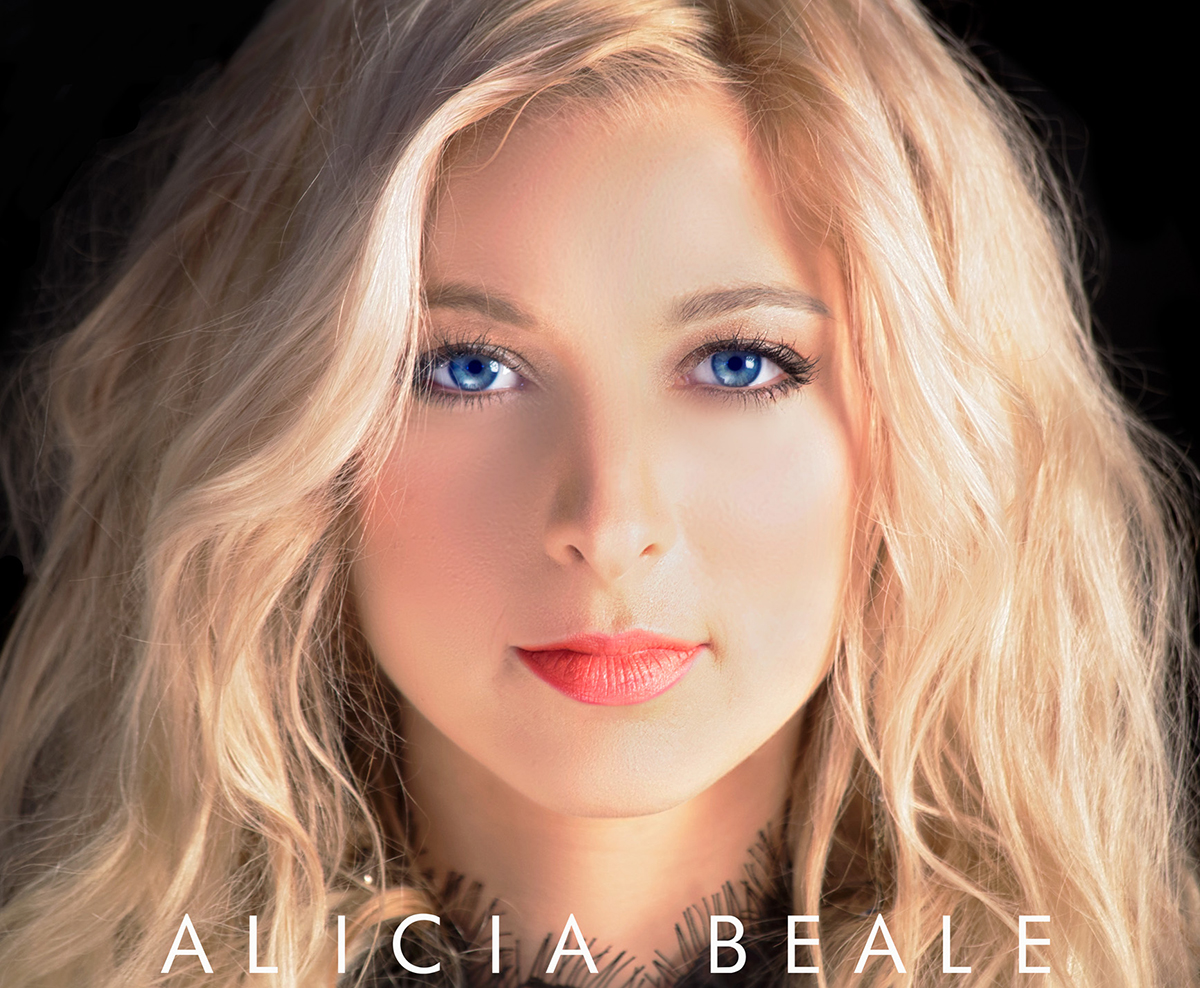 We play very, very few covers, so you know this has just got to be good. Singer-songwriter Desingly makes his debut with the ethereal track, “Anna,” with a little help from Léa Courtey of the French chamber folk duo Raccoon Raccoon, whom you’ve definitely heard here before. But I think we should begin this set with a truly infectious tune from an album that smacks of genius a little more each time I listen to it—Sam Miller give us “What You See Through Is See-Through” off his 2019 release In One Place at a Time right now on INDIEcent Exposure.

“DESINGLY is the new project of the solo act Camel Power Club, who’s been part of the French Indie Electronic scene since 2015, touring from Mexico to Eastern Europe. The man behind these weird names is Léonard, a multi-instrumentalist and a producer who – since he started playing music at age 15 – has always been trying to infuse diversity into his songs, without cataloguing himself in a specific genre. Taking influences from Neil Young, Vulfpeck or Daniel Johnston, the French artist is now taking a new leap, propelling himself from the electro world to something more dreamy, with pop folk accents.

‘Anna’ is a dreamy track, soft in every aspect : vintage guitars, cosmic synths, ethereal choruses and melancholic lyrics. For fans of M83, Youth Lagoon, RY X. This track will be part of a debut EP that will come out in 2020.” 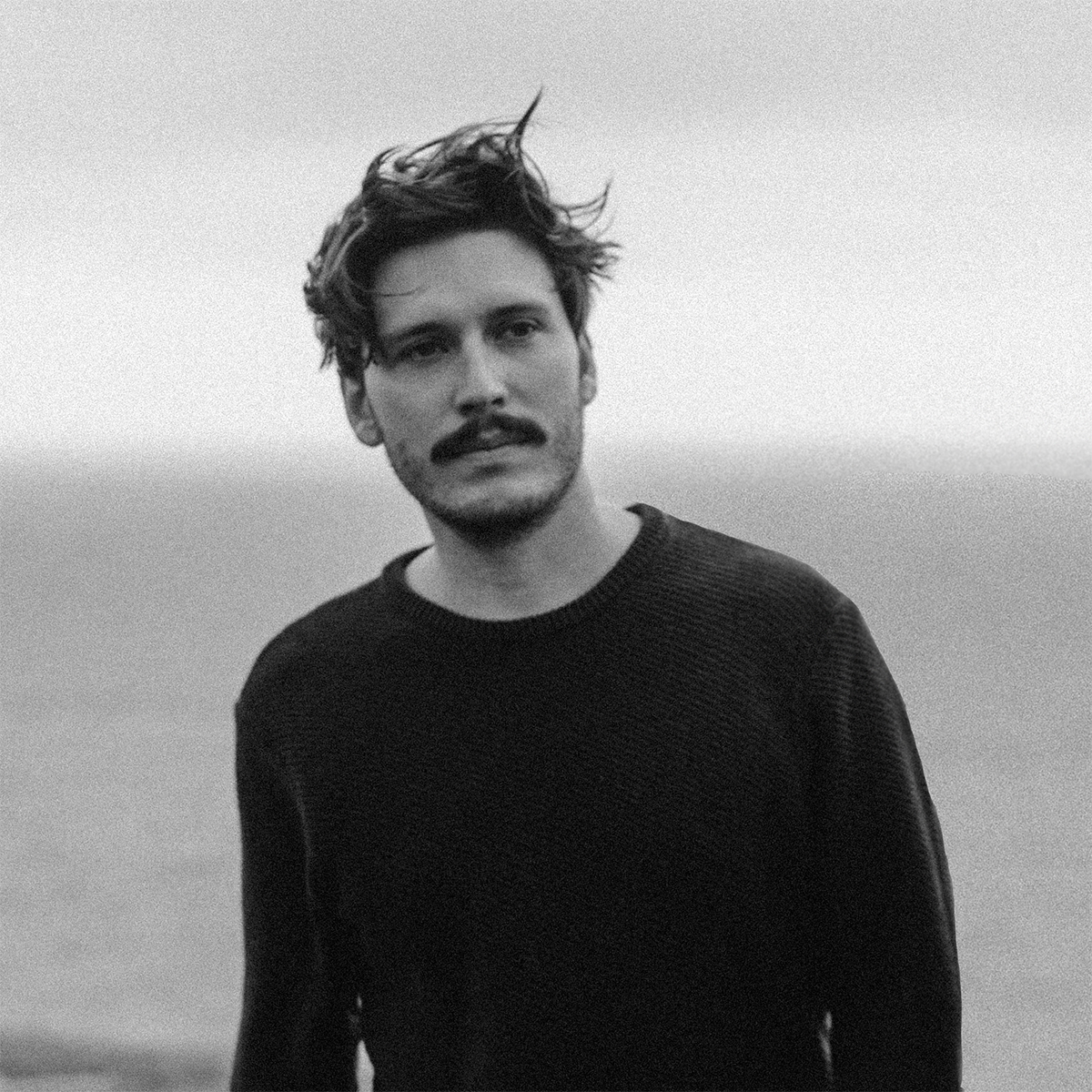 Sometimes a tune like “Anna” makes me think I think I need a separate podcast just for the singer-songwriter genre. But even that bleeds over and into so many other styles, it would be pointless. I guess that’s whey INDIEcent Exposure sticks with the eclectic format. Maybe I’ll line up some special episodes for 2020 that give the spotlight to 10 artists within a single genre. We shall see…but again, that was “Anna” by Desingly, before that we heard “Creep” covered by Alicia Beale, and starting that set off was Sam Miller with “What You Can See Through Is See Through.”

“I was born in Jacksonville, Fl. in the United States and raised in the rural Deep South of Georgia, but people think I’m from California for some reason.

The Deep South is a strange place that forever embedded the blues, jazz, funk, folk, and hip-hop into my songwriting and my soul.

I’ve been performing music live since 2007 when I got my first gig at a local cafe playing for coffee and tips.

In 2012, I began to awaken and was compelled to shift realities. I sold nearly all of my possessions and bought a one-way ticket to a foreign country.” 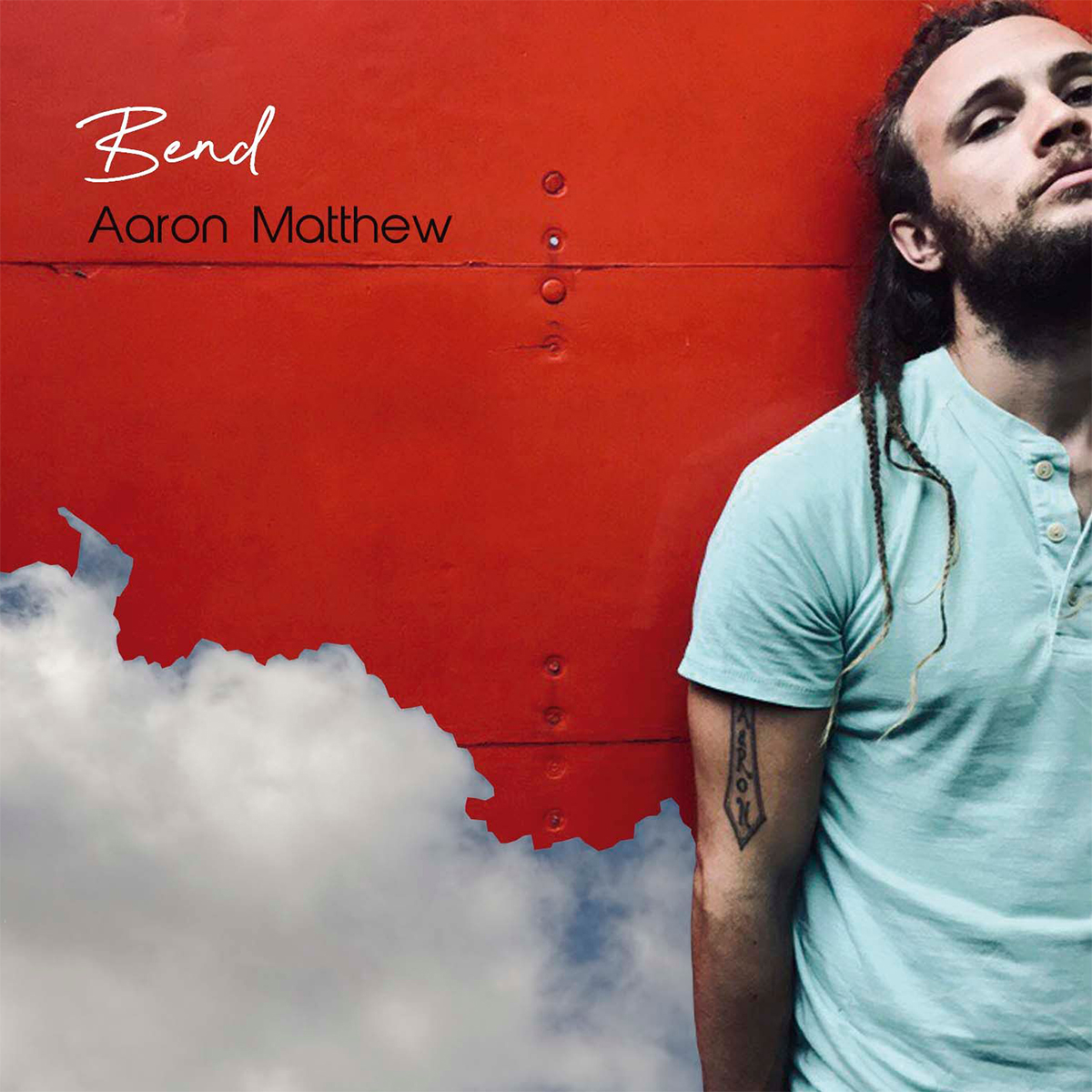 In this next block of tunes, one of our very favorite teen Indie pop up-and-comers, Canadienne Mikalyn Hay takes us to the “Deep End,” Powerhouse vocalist and guitarist Cait Devin has just a touch of bitterness towards a certain someone who’s now “Gone.” But first, we take you to the Dominican Republic where Aaron Matthew ponders whether or not “Milosh Wants a Mango.” Enjoy.

“Mikalyn is a unique artist, old soul and world weary and yet so young and fresh. She comes at every song with a deep sense of herself as an artist with an alternative view of what is cool and classic in the same breath. Her haunting voice and melodies and harmonies are instinctive and Mikalyn operates at a speed and capacity at a level much beyond her young age. Mikalyn combines this natural ability with relentless learning and is constantly seeking to collaborate and study from the best.” 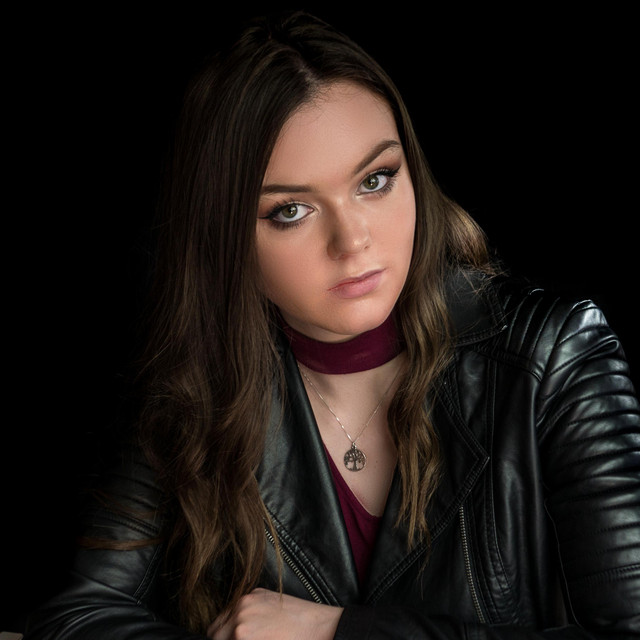 I can NOT tell you how much I enjoy hearing artists like Mikalyn Hay develop their sound over time. At just 16 years old, she’s really had a chance to try out a lot of tools of the trade other musicians don’t get their hands on until a BIT later. And the same can be said for Cait Devin, now 18, and her tracks are just drenched with an attitude and a professionalism that are very likely going to open some important doors for her soon. Guess we should be getting interviews lined up soon, before they’re impossible to get a hold of, right?

Guitarist. Vocalist. Songwriter. Now 18, “Just keep playing” has been Cait Devin’s driving force since the start of her career in music. Known for adding a unique spin on every cover song, Cait is also prolific in creating originals inspired by 80’s / 90’s artists such as Incubus, Alice Cooper, Metallica, and the Cranberries. However, Cait’s sound is also heavily influenced by modern contemporary and indie artists including Avril Lavigne, Ed Sheeran and Taylor Swift, giving her music that relatable, soulful punch.
Photos by Zachary Korman. 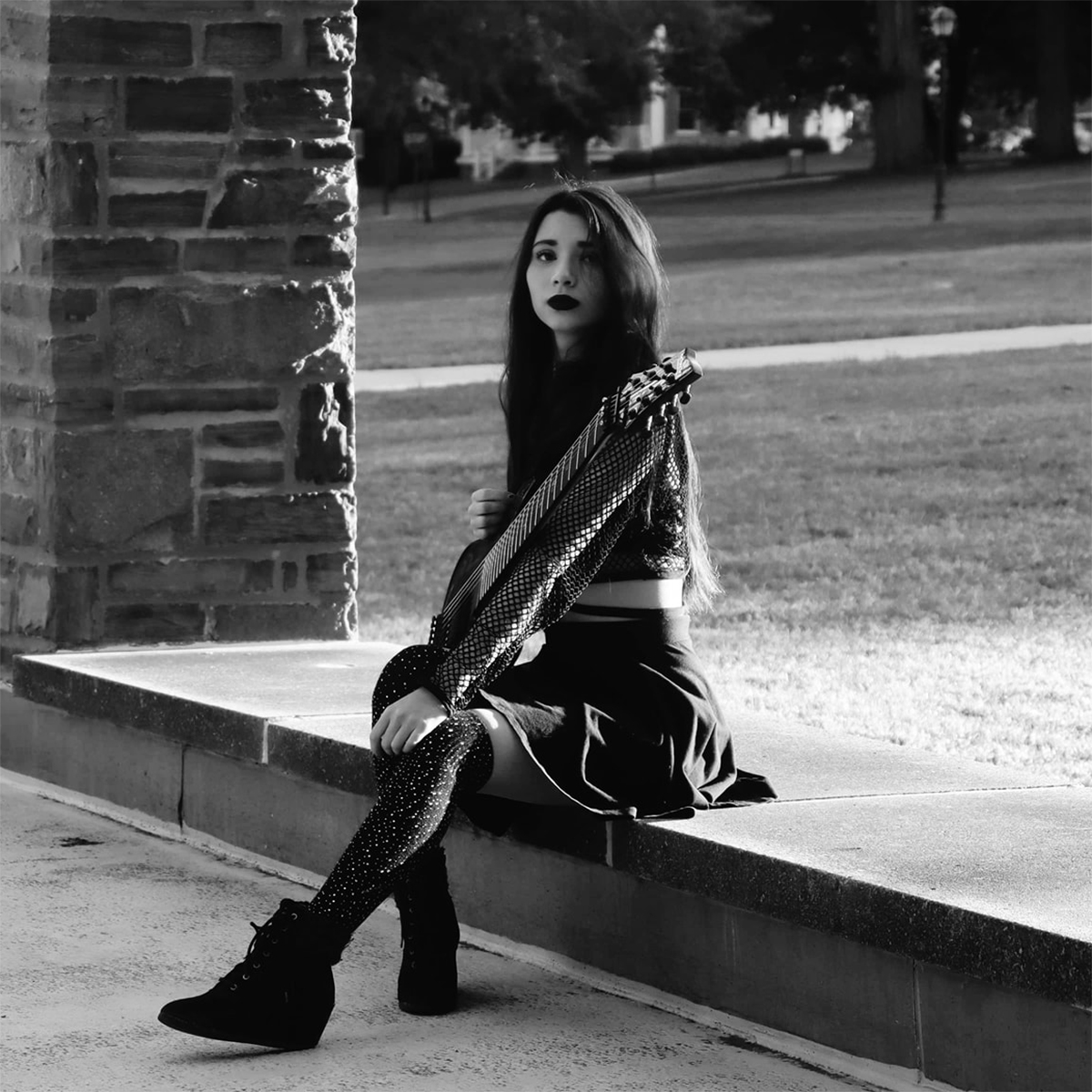 So, this last song is really something special. As you know, the majority of the songs we play come on to our radar when artists get in touch with us via our e-mail [email protected] Now, of course, we have truckloads of submissions coming in through ReverbNation, which is freaking awesome. But every once in a while, I’m in the mood for something that hasn’t quite found its way to me yet. Something different. And that’s when I go on an Indie music quest, which can range worldwide. Such was the case when I turned a corner in the far reaches of the interwebs and ran into the group Night Skies and Visions. Rockin’ the punk scene in and around Kuala Lumpur, Malaysia, this four piece fronted by female vocalist Celyn Chow embodies the raw, driving savagery that keeps your host, the mongrel young. In fact, this thrasher, “Contempt” is a furious, frenetic musical fountain of youth. And you heard it hear first on INDIEcent Exposure.

Night Skies & Visions is a pop punk band from Kuala Lumpur. Formed in April 2015, they started out playing local shows around Kuala Lumpur before venturing outside of the city to different states to play festivals with other big names in the scene. Some music festivals on the list include Food Mega Festival, Northern Music Festival, Tempatan Fest, and many more. They’ve even travelled outside of Malaysia playing at Indonesia’s JakCloth Summer Fest in 2017 opening the main stage for Pee Wee Gaskins. 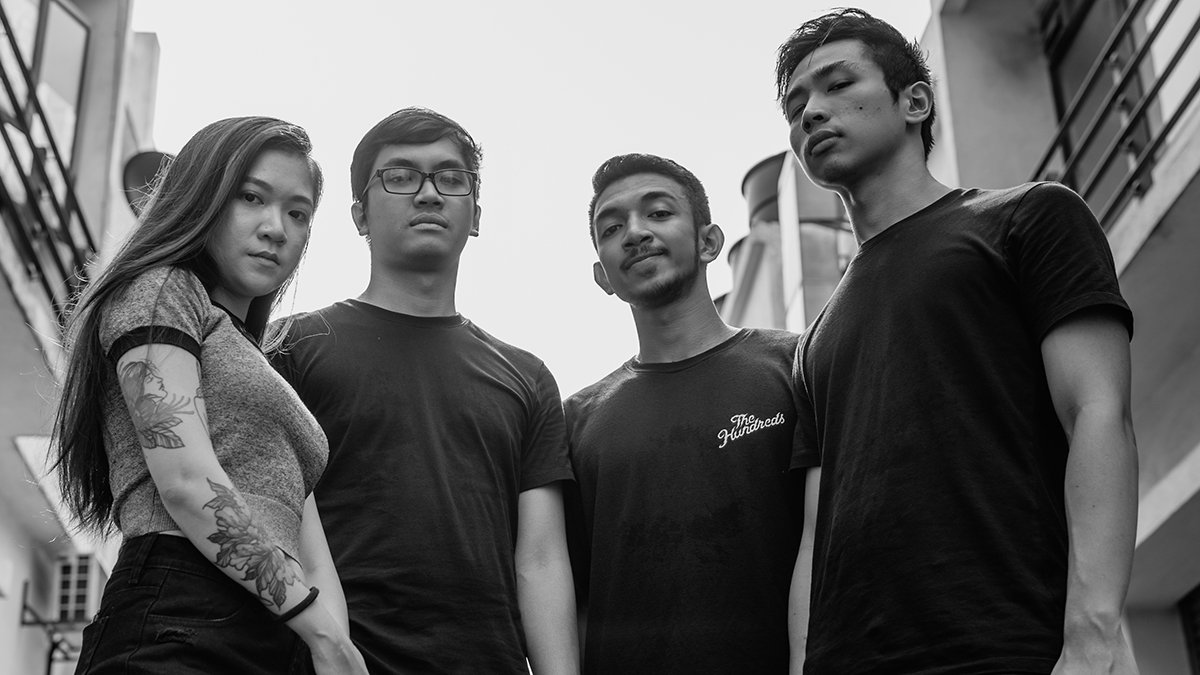 Well, brothers and sisters. That wraps up this weeks show. Remember, musicians, to send me your music news and EPKs. Listeners, don’t think we’ve forgotten about you — leave a comment below the show notes, or send us an e-mail with band suggestions or artists you want us to interview.

Until next time, get INDIEcent with someone you’ve got a mutual thing with.

Jason Velázquez has worked in print and digital journalism and publishing for two decades.
Phone: (413) 776-5125