Caring about our future and doing something about it are two different things. While both are noble enough pursuits, only one of them will yield fruit.  There has been a lot of talk in the news these days about something called the Green New Deal, and it encompasses both caring about our future and taking action to do something about it. The benefits, both economically and socially, could be countless, the undertaking enormous, and it will require that we inform ourselves, as citizens, the best we can in order for it to succeed.

What is The Green New Deal?

“…true investments fall into the category of “you have to spend money to make money.” The other is to consider that through responsible spending elsewhere in the distended and corrupt belly of a bloated government, great savings could be realized to benefit the greater good. “

Some of the goals of this resolution are marked as, “To promote justice and equity by stopping current, preventing future, and repairing historic oppression of indigenous people, communities of color, migrant communities, de-industrialized communities, de-populated rural communities, the poor, low income workers, women, the elderly, the unhoused, people with disabilities and youth.”

The Green New Deal is a plan for government to have our country meet 100% renewable and zero-emission energy sources over the course of the next ten years, overhaul our transportation system through electric cars, trucks and high speed rail, revamp our failing and bloated healthcare system, and guarantee jobs with living wages.

Does the Green New Deal have any chance of passing?

In a word?  No. With Republican control of the Senate and the White House, right now the best that this measure can hope to do is to inform the American people that there is still hope. Initially, this proposal is a non-binding resolution, meaning no new programs would immediately come from this legislation anyway, but it would certainly lay solid groundwork for future action. While there are presently only 60 members of the House and 9 members of the Senate on board with this right now, I think that we will see these numbers grow as some candidates embrace this legislation in their presidential bid for 2020, and as the American people become more informed as to how this will benefit themselves and their families.

I hear that this is going to be really expensive if passed. How the hell are we supposed to pay for this thing?

There are two concepts to bear in mind when considering the funding of this legislation. One is to know that true investments fall into the category of “you have to spend money to make money.” The other is to consider that through responsible spending elsewhere in the distended and corrupt belly of a bloated government, great savings could be realized to benefit the greater good.

While implementing these policies may run into the trillions of dollars, the investment would yield real financial dividends. Economically, there will be millions more Americans with jobs, spending their income locally to stimulate the economy, and millions more tax payers paying back into the system.

A few of the aspects of funding this legislation include: curbing tax evasion for the super-rich with their overseas tax havens,  re-regulating international finance, taxing gas and oil companies instead of giving them tax breaks, and offering financial incentives for investments in renewable energy.

I’m intrigued about the Green New Deal. So now what?

Probably the most important thing we can do is to keep our eyes, our ears, and our minds open. Google the Green New Deal. Research it and tell your friends and family about it. Pay close attention to any presidential candidate that embraces it.

I don’t know about you but I think it’s come high time to care a little bit less about the billionaires who are profiting off the destruction of our planet and mankind, and start caring a little bit more about ourselves, our families, our communities, our country, our fellow man, and this wonderfully amazing home we have called Earth. 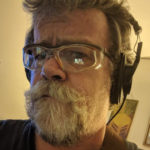 New Shows! New Performances! Not to be missed!

A ridiculously small space can yield massive taste and nutrition. Green beans picked right off the