Normally, I’d write up a fairly lengthy summary of what you’re going to hear in this episode. Not a lot of point in that, honestly. The topic is net net neutrality—what it is, how it came to be under attack for a third time, and what the consequences are if the battle to defend it fails.

You can find out all you could ever want to know on the subject of the open Internet, tech, digital justice, media, and more by exploring the web sites of our guests—links below.

A good place to start might be this handy Timeline of Net Neutrality from Public Knowledge. Each entry contains links that explain the history of net neutrality and what was going on at the time of the action.

Definitely do NOT leave here without following the link to The Battle for the Net: July 12th: Internet-Wide Day of Action to Save Net Neutrality. It’s a clearinghouse of resources that make it easy for you to lend your strength to the defense of an open Internet.

I absolutely want to give a huge shout out to Iron Age Mystics, who provided our opening music, “You’ve Got the Power.” When I’m deflated about the state of the world, I fire up one of their brilliant anthems and I’m ready to hit the street again. Check out more of their songs, and read our review of their 2015 release, Pride Before the Fall, in INDIEcent Exposure #29: Birds of Chicago, Iron Age Mystics & more. The band has offered to compose exclusive theme music for this show. What kind of mood should we go with? Menacing? Exuberant? Determined? Shoot us an e-mail and let us know what you think! 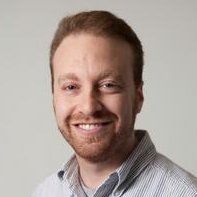 Jon is an award-winning reporter who joined Ars Technica in 2011, and covers a wide array of IT and tech policy topics. Jon previously wrote for IDG’s Network World for 5 years, where he covered Microsoft, Google, open source, cloud computing, virtualization, data centers, and much more. Jon hails from Boston University, where he studied journalism and literature, before spending the start of his career writing about government, the environment, health, and medical technology for the Sentinel & Enterprise and the MetroWest Daily News in Massachusetts.

Recent articles by Jon Brodkin about to Net Neutrality 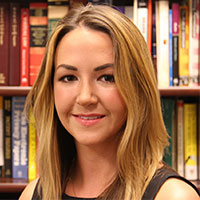 Kate joined Public Knowledge as an Internet Rights Fellow in April 2014, and transitioned to her role as Associate Counsel for Government Affairs in April 2015. Kate advocates for the public interest on Internet and technology policy and government affairs, including net neutrality, spectrum policy, and other issues crucial to preserving an Open Internet and consumer digital rights. 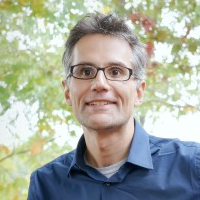 Matt helps shape our policy team’s efforts to protect the open internet, prevent media concentration, promote affordable broadband deployment and safeguard press freedom. He’s served as an expert witness before Congress on multiple occasions. Before joining Free Press, he worked at the public interest law firm Media Access Project and in the communications practice groups of two private law firms in Washington, D.C. Before that, he served as editor-in-chief for the Harvard Civil Rights-Civil Liberties Law Review, worked for PBS, and spent time at several professional and college radio and television stations.

Ajit Pai is the Chairman of the Federal Communications Commission. He was designated Chairman by President Donald J. Trump in January 2017. He had previously served as Commissioner at the FCC, appointed by then-President Barack Obama and confirmed unanimously by the United States Senate in May 2012.

A Timeline of Net Neutrality

John Oliver rallied so many fans to submit comments on proposed Net Neutrality rules in a 2014 episode of Last Week Tonight, that the FCC website crashed under the strain.

His 2017 appeal to fans crashed the FCC website again.

Alaska Senator Ted Stevens, Chair of the Senate Commerce Committee, in charge of overseeing regulation of the Internet, revealed his ignorance during a 2006 diatribe aimed at derailing nascent net neutrality protections. His “Series of Tubes” speech provided fodder for many, many comedians and creators, including 13tongimp