Welcome! brothers and sisters to Episode #3—of the Cornbread Cafe.

I am the mongrel, and I will be your waiter today. Cazh and cozy, we’re located at the five-corners of Blues, Americana, Folk, Country, and Gospel. And you can sometimes catch an express to Rock ’n’ Roll at the bus stop across the way. We are the Internet’s new fave hang for the best in a sprawling menu of American Roots music. 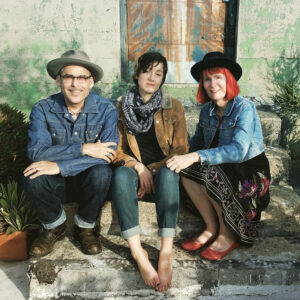 I think we need to clear something up before we get to the music today. A musician expressed the concern that their music wasn’t in the same league as the bulk of the artists we’re featuring on the show. I’d like to think that my response was adequately reassuring, but in hindsight, I’m kinda thinking I could have done better. So let me try again to explain what this show is and is not.

The Cornbread Cafe is a place to showcase some of the best in independent American Roots music. We play tunes that are original, authentic, and well-crafted. Period. It doesn’t matter whether those tunes come from an established artist or an emerging one. It doesn’t matter if half the songs on an EP are a little, you know, kinda “ehh.” Kinda could use a little more polish. That’s not the point of this show.

The point of this show…

The point of this show is that there’s this huge audience out there that’s fed up with the commercial crap that dominates the airwaves. They’re hungry for music that speaks to them, that says something real. The ingredients of American Roots music are the stuff of real life—good and bad. Not synthetically created in the marketing departments of the corporate tune factories. 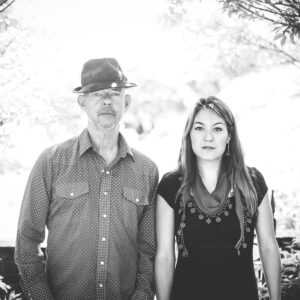 So I don’t want hear any more excuses like that. You want us to feature your music, send us an e-mail to [email protected] I’m going to point out though that we can only include about 1/10 of a percent of the music we’d like to on the podcast. But that’s OK, because we’re going to start livestreaming pretty soon, which will give us a chance to play tons more music. So send it our way.

And if you’re up for an interview, let us know that too. You could end up as a headliner like today’s featured artist, Echo Sparks out of Orange County, Calif. We spoke at length with D.A. Valdez, Cindy Ballreich, and Colleen Kinnick about…about everything, actually, which tends to happen on this show. You can listen to the full interview via the small audio player below the band’s name in the shownotes. And to whet your appetite, we’ll play an excerpt of that conversation in just a bit.

> Listen to the full-length conversation with them! <

You may recall that in Episode #1, we got to enjoy “Torch Song” of their 2016 release, “Ghost Town Girl.” In this episode, I thought we’d go straight to the title track, which captures several of the band’s many talents all in one track.

After that, we have another exciting treat: hailing from the Pioneer Valley in Western Mass, Matt Lorenz, who records and performs as The Suitcase Junket, unleashes his 5th release, Pile Driver, on April 21, at the Shea Theater Arts Center in Turners Falls, Massachusetts.

For those of you who haven’t heard Suitcase Junket play, some explanation is required. Yes, he’s a one-man show. No, you brain can’t comprehend that when you hear him play. It sounds like a three-piece at least, and if THAT weren’t enough, Matt learned how to do that overtone, throat-singing technique which is the other thing Mongolia is famous for besides yurts and Ghengis Khan.

Wouldn’t it be great if you didn’t have to wait so long to get a taste of what I’m teasing you with? Well…ya don’t. Cuz it just so happens that I’ve got that album right here, and I’m going to treat you to the characteristically smouldering “What Was I Gonna Say.”

We’ll finish off the set with CATFOX and “Mama Don’t Say Why,” from Thank You, I Love You, I’m Sorry. First though, let’s hear a little from our conversation with Echo Sparks.

Did I mention that we, here, at the Cornbread Cafe are Not. Afraid. To be different? We’re not. Which is why when we say we play Folk, we mean we play all kinds of Folk, including psychedelic folk, which is how CATFOX categorizes her sound. I might add “Northern Gothic” as another descriptor. CATFOX is the musical incarnation of live artist Catrin Lloyd-Bollard. A Brooklyn-based actor, writer, & performer, she’s played gigs in some far-flung, and at times rather mysterious venues. We have both the studio and down-home versions of CATFOX’s latest release, Zoömagnesis, so expect to hear more from this talented artist.

And if you were enraptured by the Suitcase Junket’s “What Was I Going to Say,” I have some good news. I was really torn between that song and the absolutely rockin’ “Evangeline,” also off the upcoming release Pile Driver.” I went with the former mainly because I was gonna send you to the Suitcase Junket’s Bandcamp page where you can pre-order the album if you so choose. And Matt has made “Evangeline” available to listen to in its entirety, which might help persuade you to drop a little coin and support this mad genius.

Well, we’ve got a whole lot of audio backing up on the conveyor belt, so what do you say we play some more brand new music, eh? Karl Mullen and Amrita Lash make up the mostly acoustic duo Long Journey, which released the 2016  “Fierce Folk” to widespread enthusiasm. Both performers are also visual artists and educators who teach it forward in the hills of the Berkshires. Additionally, Mr. Mullen is a music promoter who knows a seemingly  impossible number of people in the world of Roots music. We’ll be hearing more from him, and if we’re lucky, get him on for a conversation to talk about what he has lined up for 2017.

After that, a song that’s been around a little while, but one that continues to lift my spirits whenever I hear it—“Lifting the Sea,” by The Hunts off their 2015 effort, Those Younger Days. We’ll keep the positive vibe going with Melika Miller’s single “Don’t Give Up Now.”

But right now, here’s “I First Kissed You,” by Long Journey here at the Cornbread Cafe.

Both of the next two artists I’ve actually had the pleasure of interviewing in the past. Munk Duane is a Boston-based singer/songwriter, composer and one mean mofo on the guitar. Not only is he a legend of the East Coast Indie scene, his generosity to the podcasting community has earned him the admiration and appreciation of podcasters nationally, including yours truly. 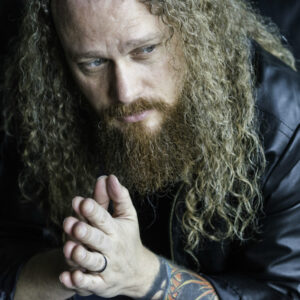 Gina Coleman’s performance in the Williamstown Theatre Festival’s production of “A Raisin in the Sun” was praised for its power and heart, which nudged her musical career into the Blues. Forming the fully loaded band, Misty Blues, was just about a given. We’ll hear “Next Time Is the Last Time,” off their 2016 release, “Dark and Saucy.”

We’ll round out our Blues detour with Bay Area greats the Delta Wires with “Goin’ Away,” off Anthology followed by “Extremely Voodoo,” by Gus McKay (who’s really an Aussie—Shhhh! Don’t tell anyone). Right now, though, let’s get this set rolling with Munk Duane and “Stupid Pride.”

So, I have to wonder, after the Australians have taken over American T.V. and the movies, is this what they’re setting their sights on? American-style Blues? You think I’m kidding—I’ve got three more Aussie Blues artists in the hopper, and each one of them kicks ass.

I think we have time to squeeze in a quick peek through the festival-scope to see what the upcoming Roots scene looks like across America. Starting with: 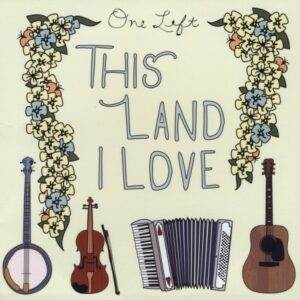 I should say that we could do a whole show looking into any one of these festivals individually. SO much history, SO much talent and experience and just plain LIFE goes into these celebrations, they’re more than just a chance for great entertainment. If you happen to make it to any of these events, send us some pics we can share, or post them on social media an tag the Cornbread Cafe so other listeners can get a sense of the experience.

We’re going to put the wraps on this episode though by making our way back to Texas—keep ending up there, right?—and we’re going to sample a track from the just released album, Coming Through In Waves, by Ray Wilson. The tune, “Lone River Dance,” is a ballad in the classic sense—a tale of choices, loss, and regrets. You’d be forgiven for becoming so entranced by the lyrics that you forget to pay attention to the instrumentation. It’s alright, you can go back and listen again.

Appropriately, we finish off this episode with the band, One Left,  an act that’s has done some solid picking over the last couple of decades—solid like curly maple. The band leader, Rick Rowland, posted recently that he’s lost all the hearing in one ear and about half in the other. I’ll try to find out what happened there, because if his talents have been stolen from us by a cruel twist of Fate, that would be way beyond unfair. The song is “Fare Thee Well My True Love,” off their 2010 release “This Land I Love.”

Hear our long-awaited conversation with brilliant songwriter and spellbinding performer Sierra Ferrell — who is the.

Episode #14 of the Cornbread Cafe features a deep-dive interview with Mike Merenda of The Mammals,