Whether you grew up on the shore or spent your life as a land lubber, Fresh Fish — A Fearless Guide to Grilling, Shucking, Searing, Poaching and Roasting Seafood will have you catching the scent of the beach on the wind.

We talk with author Jennifer Trainer Thompson about her latest work, and why it’s so much more that a recipe collection. I was instantly transported to the coast by the descriptions, stories, memories, and breathtaking photos by Joe Keller. We are indebted to Jennifer for sharing her recipe for Bourride with Homemade Garlic Aioli from Fresh Fish—scroll down to learn how to prepare this (actually pretty simple!) tantalizing recipe. 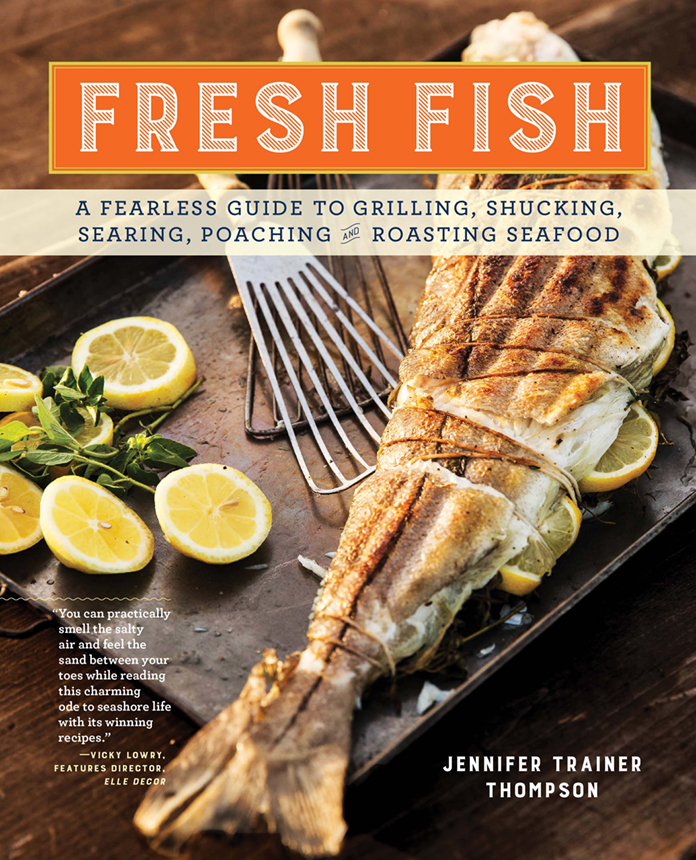 Cooking fish and other seafood at home is much easier than you think! Fresh Fish offers simple step-by-step instructions for all of the essential cooking methods, including baking, pan-frying, braising, broiling, steaming, poaching, roasting, marinating, and grilling — along with 175 mouthwatering recipes that bring out the best in everything from fish fillets and whole fish to shrimp, mussels, lobster, clams, calamari, and more. You’ll also learn how to buy fish (even whole fish) with confidence, how to serve fish raw, how to clean freshly dug clams, and much more. Beautiful photography celebrates both the food and the lazy charm of summers at the beach; this is a delightful read as well as the cookbook you need to easily enjoy your favorite seafood at home.

Jennifer grew up on the New England coast, and manages to keep one set of toes in the Atlantic sand, even as she lives most of the year in Western Mass. As well as discussing Fresh Fish and her passion for food, she takes on a tour of some of the iconic destinations that make for lingering spots throughout the pages. Jennifer points out the connections between the Seamen’s Bethel in New Bedford, Mass and the home of the Berkshire’s own Herman Melville. The New Bedford Whaling Museum is now officially on my list for a family trip this summer as is the Cape Cod National Seashore.

Fresh Fish, released by Storey Publishing (full disclaimer, my wife works there, lucky me!) will be released this coming week, so you’ll have plenty of time to practice a few of these recipes this Spring in preparation for a seaside (or beach-themed) feast or clambake. 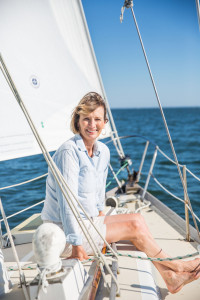 Jennifer Trainer Thompson still manages to keep one foot in the Atlantic sand when she’s not in her chosen home in Western Mass. She will discuss Fresh Fish at the release party/signing event April 2 at 3:00 p.m. at Six Depot Roastery and Café. (photo/Joseph Keller)

With several hundred thousand books and posters in print, Jennifer Trainer Thompson has written more than twenty books, including Fresh Fish, The Fresh Egg Cookbook, Hot Sauce!, Beyond Einstein (co-authored with Michio Kaku), and Jump Up and Kiss Me: Spicy Vegetarian Cooking, among others.  Nominated for three James Beard awards and dubbed the “Queen of Hot” by Associated Press, she’s recognized as a leader in the spicy foods movement for her cookbooks and the hot sauce posters that she created, which have been featured everywhere from Playboy Magazine to Good Morning America. 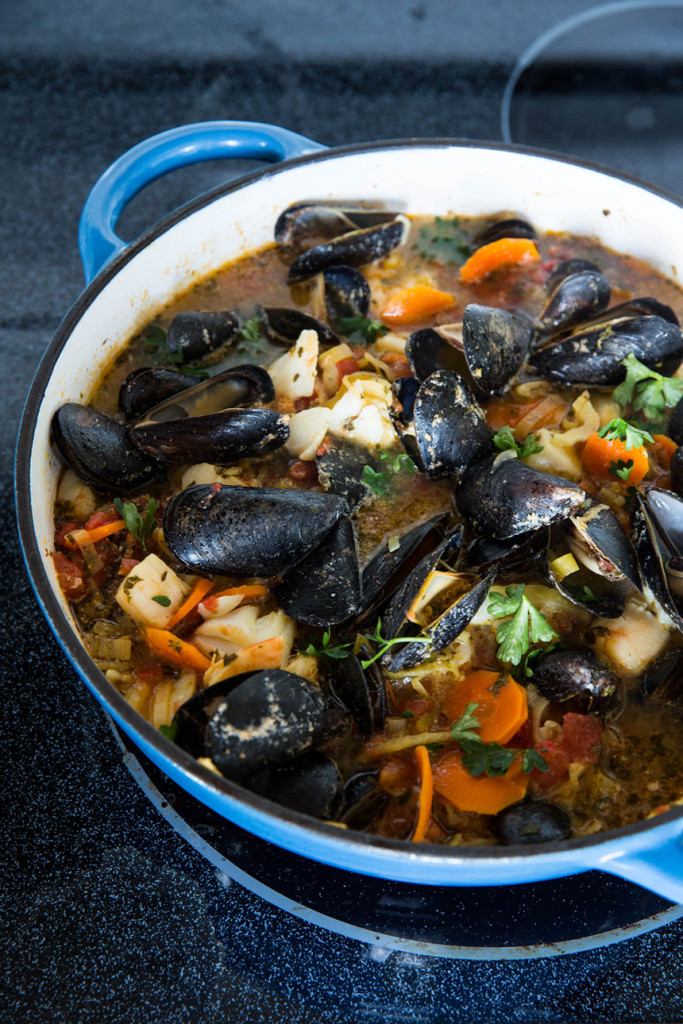 Just one of the dozens of tasty recipes in Fresh Fish, Jennifer’s Bourride with Homemade Garlic Aioli (page 38) will surprise you with its heartiness and relative ease to whip up. (photo/Joseph Keller)

This garlicky fish stew from Provence doesn’t rely on any particular type of fish. Use what’s fresh and firm — halibut and shrimp, sea bass or red mullet, monkfish and clams — the choice is yours. The garlic mayonnaise (aioli) thickens and enriches this iconic stew. Serve with crusty bread.

2. When ready to serve, with the broth simmering, add the scallops and cook for 2 minutes. Add the shrimp and cod, and cook 2 minutes longer. Add the mussels and cook just until they all open, about 2 minutes. Serve in bowls, topped with a dollop of aioli.

Aioli is a mayonnaise-like Provençal sauce that’s delicious with grilled seafood, fried fish, grilled meats, and vegetables. You can change the recipe slightly by adding a tablespoon of chopped fresh herbs at the end — it’s awesome either way. Devotees of the traditional mortar-and-pestle method think it creates a beautifully textured sauce, and brings out a richer garlic aroma, but no one will flog you if you’re short on time and resort to a food processor or blender (I do!).

1. Combine the canola and olive oil in a measuring cup.

2. Put the garlic, egg, mustard, salt, lemon juice, and cayenne in a food processor or blender and blend on high, slowly adding the oil mixture until you have the consistency of a beautiful, thick mayonnaise. Refrigerate if not using immediately. Covered, aioli will last a week in the refrigerator.

Her books have drawn acclaim in the national press, and she’s been on hundreds of talk shows, including Live with Regis, CNN, and Good Morning America.  The chef and creator of Jump Up and Kiss Me, an all-natural line of spicy sauces, she is passionate about spicy foods, and has followed her own personal “Trail of Flame,” speaking at festivals and in the media about hot foods, serving as guest chef at Hot Nights at restaurants in Boston, Philadelphia, and the Berkshires, and even going so far as to try Armageddon Sauce at a bar in the Adirondacks that’s accessible only by snowmobile in the winter.

A journalist for over 20 years, Jennifer writes about topics that interest her – science, food, travel, art, and lifestyle – for The New York Times, Travel & Leisure, Omni, Discover, Harvard Magazine among others, and has garnered a reputation for sniffing out trends.  She wrote the first objective book on the commercial nuclear power controversy (Nuclear Power: Both Sides), and co-authored a popular book about scientists’ quest for the unified field theory (Beyond Einstein) when the superstring theory was proposed in 1987. She wrote the first national story about the Massachusetts Museum of Contemporary Art (MASS MoCA) for The New York Times in 1987, and was so taken by the idea of establishing a contemporary art museum in an abandoned mill complex in a small New England city that in 1988 she joined the initial planning group that brought the museum into being.  She and her family live in western Massachusetts.